There has been a 241 percent decrease in the number of apprehensions at the U.S.–Mexico border from December 2016 to March 2017, an indication that the Third World invasion is slowing down. 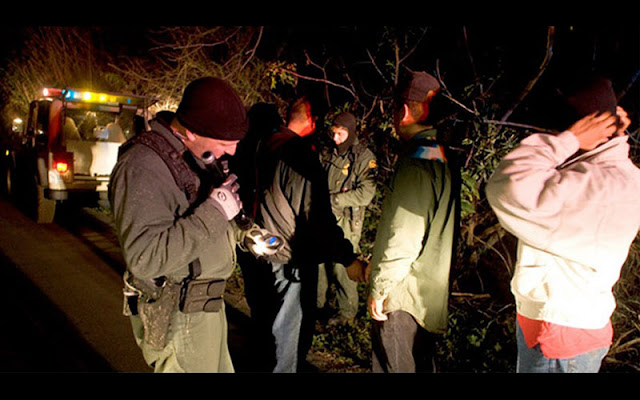 According to official figures released by the U.S. Customs and Border Protection (CBP) unit, there has been a “sharp decline in the number of individuals apprehended along the Southwest border, as well as a decrease in those found inadmissible at ports of entry on the Southwest border.”
In March 2017, 16,600 individuals were apprehended or deemed inadmissible, down from 58,000 such apprehensions in December 2016.
The decrease in apprehensions has come at a time of year when they are usually on the rise.
The main driver for the lowered figures appears to be the threat of deportation if caught—evidence once again that the Third World invasion can be halted through the application of willpower, and that it is not “impossible” to halt the flooding of any First World nation.
In March, a total of 4,407 people presenting themselves at ports of entry on the Southwest Border were deemed inadmissible compared to 4,808 in February and 10,895 in January.
Department of Homeland Security Secretary John Kelly testified before a Senate committee this week that since the beginning of the year the CBP has seen a “sharp decline” in apprehensions in the Southwest.
This is not the first month the Trump administration has reported a decline. Apprehensions dropped to less than 43,000 in January and less than 24,000 in February.
“This decrease in apprehensions is no accident,” Kelly told the Senate. He credited the efforts of DHS staff along the border and “the support of our leadership in the White House.”
White House press secretary Sean Spicer said in a statement that the decrease demonstrated that President Trump’s anti-immigration policy stances are “already showing results.”
By way of comparison, in March of 2000, some 220,032 illegal immigrants were apprehended trying to enter the United States illegally.