At least 25,800 nonwhite invaders pretending to be refugees and claiming to be “unaccompanied children” landed in Italy by sea in 2016—with the majority coming from Eritrea, Egypt, the Gambia, and Nigeria. 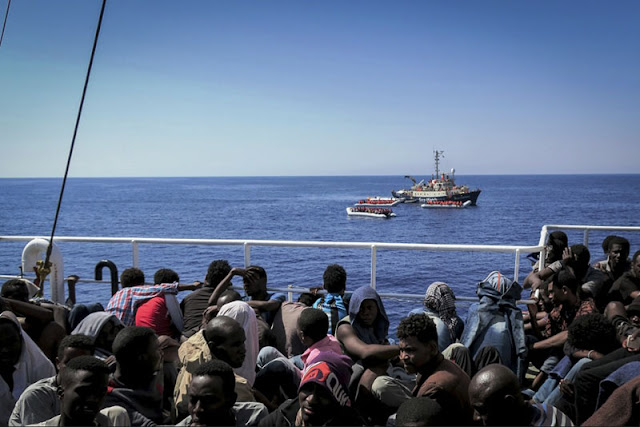 According to official figures released by the United Nations Children’s Fund (UNICEF), the 2016 invasion figures were more than double that of the previous year, when 12,360 such landings were registered.
While most controlled media outlets presented these statistics without question—for example, the U.K.’s Express newspaper even ran pictures of babies to illustrate its report—the reality is that the vast majority of these self-reported “children” are lying about their age. 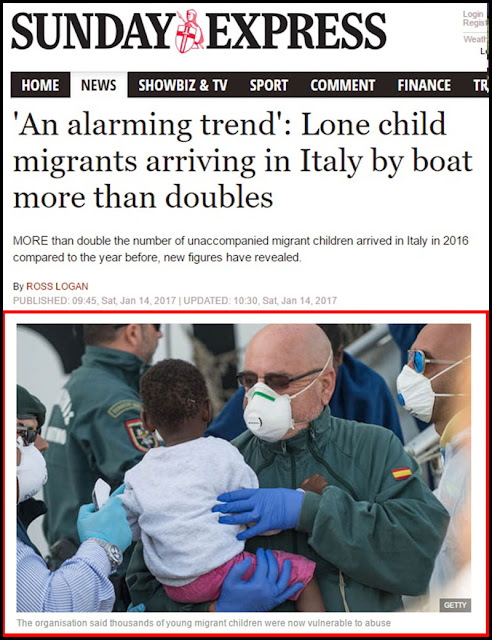 Word has spread among the nonwhites that the liberal Europeans grant special privileges to “minors,” and especially “unaccompanied minors,” by way of speeded-up “asylum” and extra money.
Time and time again, reports have shown that these “children” are not minors at all.
For example, in October 2016, the Daily Mail admitted that the very first “child migrant” moved from the Calais Jungle to Britain was found to be over 18 after his fingerprints were checked.
Border officials said that the man was already on the U.K.’s biometric database, which could mean he has tried to enter Britain before or has a criminal record.
Of course, the British government let the invaders stay in Britain, despite all of this.
The Daily Mail also produced a set of photographs of some of the so-called children who had arrived from the Calais Jungle. The images had been put through a computer program designed to estimate ages based on facial features, and found that almost every one of the “children” was far older than what they had claimed. 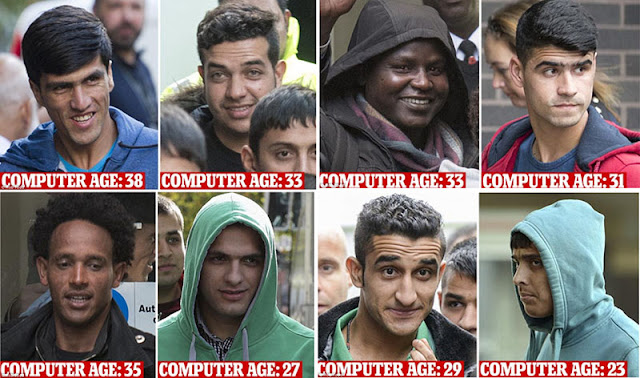 Calais Jungle invaders imported into Britain by the British government. All were claiming to be “children,” but, as specialist face recognition software showed, all were clearly much older.
The same phenomena was most recently reported from Austria, where a number of Afghans were jailed for swindling that state out of at least €100,000 by claiming to be children.
UNICEF said in its press statement that the “Central Mediterranean route from North Africa to Italy is unique for the incredibly high proportion of unaccompanied and separated children.”
By comparison, it said, “only 17 percent” of the invaders claiming to be children who arrived to Greece by sea in 2016 were unaccompanied by adult family members or guardians.
“The presence of so many unaccompanied or separated children along the Central Mediterranean route is unprecedented,” the statement said, and it is “obviously clear that we have a serious and growing problem on our hands.”
The only real problem Europe has is liberalism, which refuses to acknowledge that there are no genuine “refugees” and that this is a mass Third World invasion of Europe, carried out by nonwhites fleeing their own self-created disaster zones.
The end result of this invasion will not be a “better life” or an “escape from poverty” as the liberals claim, but rather the replacement of white Europeans by nonwhites from Africa and the Middle East—and the resultant dragging down of Europe to the level of the Third World.