At least 30 nonwhite nations—including Vietnam, Cuba, and China—refuse to take back any of their nationals who are illegal immigrants in the U.S., especially if they have been arrested for serious crimes in America. 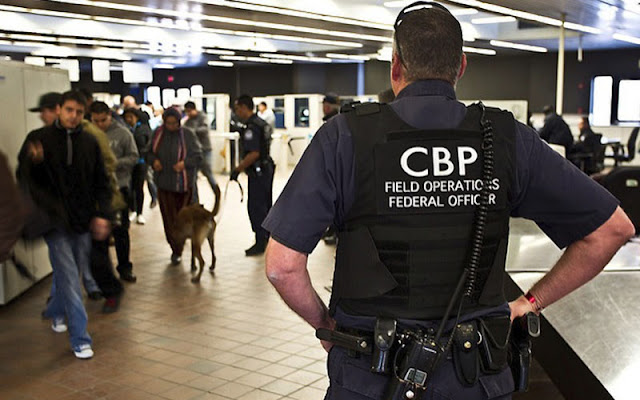 While these countries are refusing to accept the deportations of these criminals, the U.S. government is still issuing visas and student visas to citizens of those countries, according to Texan congressman Henry Cuellar.
Speaking on a recent edition of the Full Measure syndicated TV show, Rep. Cuellar said that the already existing law which allows the U.S. to withhold visas from a country that is not taking back its criminals is not being enforced.
We’re not enforcing it which is amazing,” he said. “So now my intent is to go back to our committee on appropriations and affect their funding until they do that,” Cuellar told Sharyl Attkisson, host of Full Measure.
He also revealed that the Supreme Court has ruled that illegal immigrants arrested for criminal activity can only be held for a certain period of time before they must be released.
“As you know it gets a little more complicated because the U.S. Supreme court has said you can only keep those individuals for a period of time then you gotta release them, and when you release them, that means you’re releasing criminals into our streets because those countries refuse to take back those criminal aliens.
“That’s wrong. And especially I think it’s even worse that this is already in the books and we’re still issuing business tourist visas [and] student visas to countries that refuse to take back their criminal aliens. That’s wrong and we’re hoping to change that.”
When asked to name some of these “non-cooperative countries,” Cuellar singled out Vietnam, Cuba, and China.
Cuellar said that “diplomacy” plays a factor in the government’s refusal to enforce the law, as the Department of State and other federal agencies do not want to upset foreign partners.
“But my response is, but we can upset our constituents; we can upset our way of life that we have here by allowing those criminals to be released?” said Cuellar.
“And basically the response from the State Department is because you have to work with the State Department and Homeland Security. And the State Department, with all due respect, was focused on diplomacy.”
Cuellar noted that he understands the importance of diplomacy in these situations, but that it also important to prevent convicted criminals from returning to American neighborhoods.
He said that he plans to push for the U.S. government to withhold visas from countries that refuse to take back their convicted criminals.