You are here: Home All News
The African invasion of Europe via the Mediterranean has been completely halted, and not one dingy with invaders has been seen off the North African coast for a week—after the fake “charity rescue” ships which were colluding with the smugglers in Libya were stopped from operating.

Libyan coast guard police bring a load of African invaders intercepted off the North African coast back to the harbor in Tripoli.
The halting of the invasion and the prevention of the “charity” ships from sailing is no coincidence, and proves conclusively that the fake “rescue” ships were operating in direct collusion with the smugglers.
The smugglers had switched to small rubber dinghies—purchased over the internet from China—which are not capable of making the entire crossing to Italy, but which are specifically designed to operate only for a limited number of sea miles .
In this way, the smugglers were contacting the “charity” ships, arranging rendezvous points just off the Libyan coast—some as close as five or six miles from the shore—and handing over their cargo of paying fake “refugees” for the leftist ships to transport all the way to Europe.
Marcella Kraay, Medecins Sans Frontieres project co-ordinator on board the Aquarius (run by “SOS Mediterranee” organization), admitted to the media on August 14, 2017, that they had not seen an invader boat in a week.
“The sea is quite calm and normally this would mean we could expect boats in distress to be around,” said Marcella Kraay. “They haven’t been for just over a week now. We haven’t had any rescues, we haven’t assisted in any rescues.”
Libya’s navy last week ordered foreign vessels to stay out of a coastal “search and rescue zone,” a measure aimed at nongovernmental organisations it accused of facilitating traffickers in illegal invaders.
According to one estimate, in recent weeks the coast guard turned back 10,000 Africans in boats before they reached international waters.
The halting of the invasion has been confirmed by official statistics as well. According to the latest figures from the United Nations’ International Organization for Migration (IOM) for the week from August 7 to August 13, “only” 842 nonwhite invaders landed in Italy, a 49 percent drop from the previous week’s total of 1,649.
This is a dramatic decrease from when the “charity” fake rescue boats were operating, when literally thousands of Africans would be landed ashore in Italy every day. 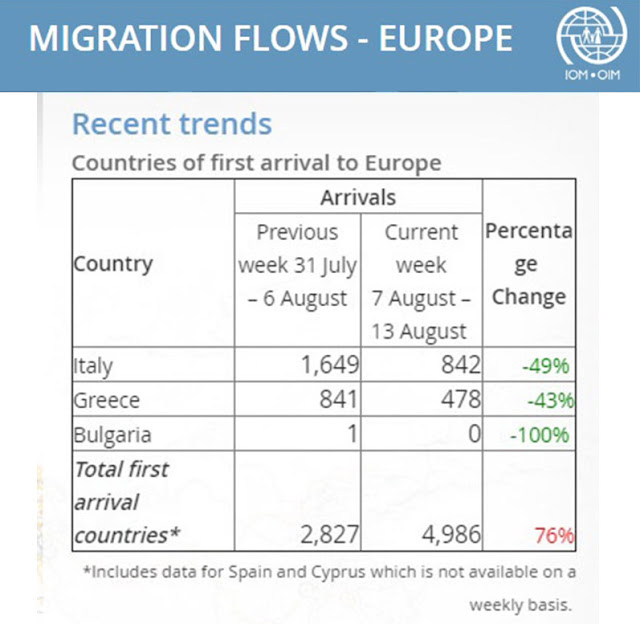