You are here: Home Europe
Three Afghan invaders who pretended to be underage asylum seekers have been jailed by a Salzburg, Austria, court, after being found guilty of swindling the state out of more than €100,000.
Two of the fake refugees were jailed for six months, and the third for five months for supplying false information to Austrian authorities after lying about their age.
By claiming to be minors, the three crooks had cheated the state out of health insurance, support, basic care, pocket money, and German language courses. 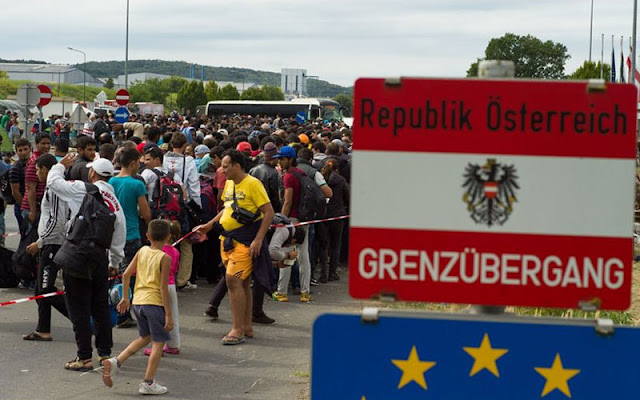 The prosecution against the invaders is based on a medical expert’s report which proved that the swindlers were far older than the 18 years old “unaccompanied minor” age they had claimed.
Two of the invaders denied all charges, saying that they had not knowingly made false claims as to their age. They said that their parents were to blame as they wrote down the dates of birth according to the Islamic calendar, also known as the Hijri calendar.
The Hijri calendar is a lunar calendar consisting of 12 months in a year of 354 or 355 days, used by Muslims to determine the proper days on which to observe the annual fasting, to attend Hajj, and to celebrate other Islamic holidays and festivals.
The pair said they did not know their own birth dates, and a lawyer for one of the two said his mother was illiterate and could have “easily made a mistake when giving his date of birth.”
The judge however dismissed this defense, saying that the evidence showed clearly that they “knowingly made false statements so they could stay in Austria.”
The third invader did not bother, and admitted that he had falsely given his age as 16 years old. He told the court that he thought it would be better to declare that he was a minor because “then I cannot be sent back” to Afghanistan.
16,054 “minors” applied for “asylum” in Austria during the first ten months of 2016, of whom 4,076 were “unaccompanied.” Age checks on 2,672 of these “minors” have already been commissioned by the state.