The utterly bogus nature of the asylum seeker invasion of Europe has been exposed once again with the news that the Austrian government has doubled the amount of money on offer to invaders who voluntarily go home. 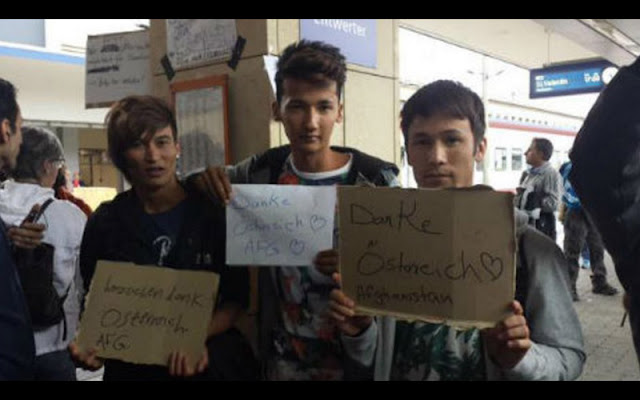 Although the plan is—like all policies short of physical expulsion and closed borders—doomed to failure, the fact that it is even being considered is proof that there was no necessity for the nonwhite invasion in the first place.
If the invaders really had been “fleeing for their lives,” it would be impossible to offer them money to go home once again—at least according to the internationally accepted definition of a refugee.
The announcement, made this week by the Austrian government, doubles the amount of money paid to invaders “who voluntarily return home, as part of a campaign to speed up the repatriation of around 50,000 asylum seekers,” media reports said.
They would be offered $1,000 ($1,080) instead of €500 euros, Interior Minister Wolfgang Sobotka was quoted as saying.
The scheme, run in collaboration with pro-invasion groups, is primarily aimed at “those who are not likely to be granted the right to long-term residence,” he told a press conference in Vienna.
Of the more than 130,000 asylum applications received by Austria since 2015, about 10,700 left Austria during 2016, including 5,800 by choice, according to official data.
“The advantage of voluntary returns is that they are less traumatic,” said Bernd Wachter of Caritas Austria, the Catholic Church’s pro-invasion organization.
“They allow you to better organize the reintegration in the country of origin,” he said, not fully comprehending the full meaning of what he was saying—namely that they had no business coming to Austria in the first place.
The increased cash offer is currently only available to the first 1,000 invaders who register their interest and who have already filed an asylum application. It is primarily aimed at nationals from Iraq, Iran, Afghanistan, and sub-Saharan countries, but excludes people from neighboring Balkan states.