You are here: Home Featured

An election poster showing a woman wearing a Quebec-branded hat facing another wearing a Muslim niqab with the tagline “Choose Your Quebec” has reds in the Canadian city shouting “racism”—and has even provoked a police investigation. 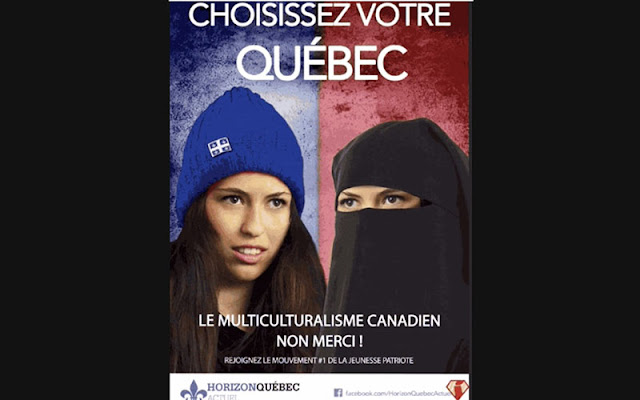 The poster, put up by candidate Alexandre Cormier-Denis from the Parti Indépendantiste, first appeared outside the Beaubien Metro station.

The poster was quickly taken down by Montreal police as possible “hate speech,” but because Cormier-Denis is registered with Quebec’s director of elections, it went back up just as quickly.

Cormier-Denis, who is president of the francophone Horizon Québec Actuel organization—which has close links to France’s Front National—was unapologetic, saying he’d been in touch with Montreal police to complain about their interfering with his campaign signs.

“I was assured that this would not happen again, that obviously it was not in the mandate of the police to interfere with the issue of the electoral signs,” he said.

Cormier-Denis pointed out that the sign was not racist because the same woman appeared in both images, and that it was merely meant to represent two different “models of integration.”

Voters in the Montreal district of Gouin will head to the polls May 29.

• The poster was copied directly from a 2015 French Front National poster. 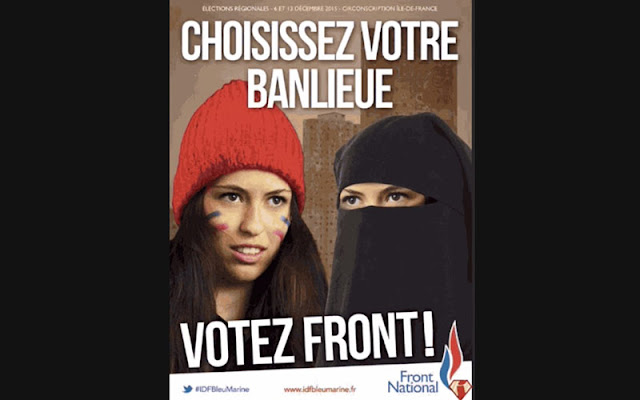