A 66-year-old self-styled druid has been arrested in Germany and accused of being a “right-wing terrorist”—even though the police and prosecutors openly admit that they have no evidence whatsoever of “concrete or imminent attack plans.” 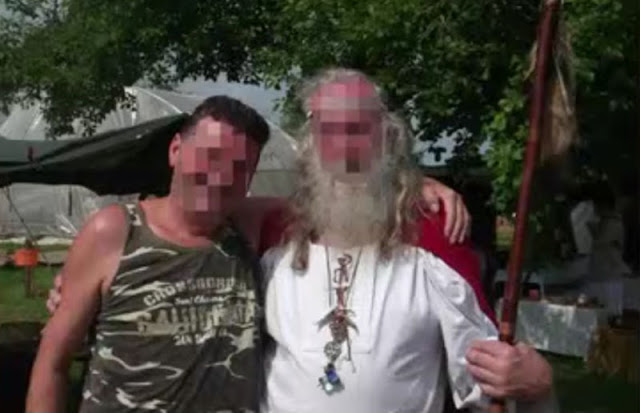 According to a headline in Die Welt newspaper, the “druid” stands accused of planning “attacks on asylum seekers”—although Die Welt was careful to pose the allegation as a question rather than established fact (Hat dieser „Druide“ Terrorangriffe gegen Asylbewerber geplant?”).
The Die Welt article went on to say that the police had raided a total of twelve apartments and shops and that the “purpose of the searches was to find evidence of the existence of a structure as well as planned criminal offenses. The Federal Prosecutor’s Office did not have any evidence of concrete and imminent attack plans,” Die Welt added.
The focus of the raids is the so-called “Reichsburger” movement, which is a name given to a broad spectrum of individuals who more often than not do not even belong to the same formal organization.
These so-called “Reichsburgers” mostly claim to only recognize pre-World War I German authority.
The leader of Germany’s BfV domestic security agency, Hans-Georg Maassen, told the DPA news agency that there are an estimated 10,000 “Reichsburger” across the country, but that only about 600 are considered “right-wing extremists.”
Maassen also pointed out that the movement “is diverse in their ideologies, with some creating their own communities rather than referring to a German Reich.”
For example, in 2014, one supposed supporter tried to buy an AK-47 using an identity card from the “Free State of Prussia,” and in 2012, the self-proclaimed “King of Germany”, Peter Fitzek, set up his own “kingdom” at his home in Lutherstadt, Wittenberg.

The Reichsburger have always been regarded as a comical fringe operation.
However, in August last year, a man claiming to be a representative of the “state of Ur,” opened fire on police when they came to evict him over an unpaid mortgage.
Although there was no link to any “Reichsburger” organization, the German media claimed that the shooting was part of that movement, and declared all “Reichsburger” organizations “terrorists.”
The latest swoop is an extension of this campaign against the Reichsburger.
According to media reports, the latest man to be arrested is named “Druid Burgis of Buchonia I” and is accused of forming an “extremist organization” called the “Celtic Druid.”
Another six of his associates in Berlin, Brandenburg, Lower Saxony, and Rhineland-Palatinate “also received a visit from the police,” reports added.
Apparently Druid Burgis once wrote on Facebook that “ant-Semitism is something we cannot think about” and that there “would be no wars without Jews, and no asylum seekers without wars.”
In January 2015, Druid Burgis was photographed at a Pegida demonstration holding a banner which read “Nonviolent and united against religious wars on German soil.”
It is not known what else Druid Burgis’s crimes may, or may not be, but this has not stopped the media from announcing that “right-wing terrorists” have been arrested.
Further details are likely to follow in a few days.