Controlled media and leftist hysteria over so-called fake news having influenced the U.S. Presidential election has been shown to be completely untrue—and fake news in itself, a scientific study of the phenomena funded by Stanford University has found. 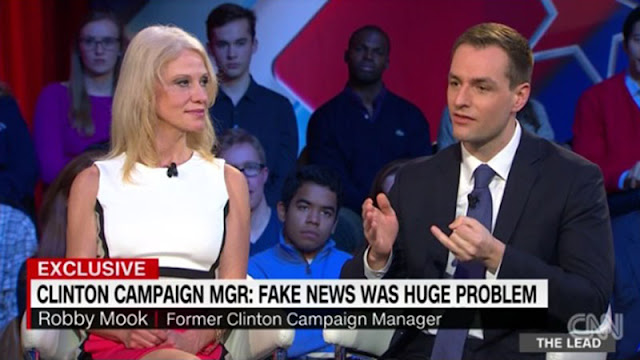 The study, undertaken by professors Hunt Allcott (Associate Professor of Economics at New York University and a Research Associate at the National Bureau of Economic Research) and Matthew Gentzkow (professor of economics at Stanford University), found that nothing distributed on social media affected the results of the presidential election.
Their study, titled “Social Media and Fake News in the 2016 Election,” released in January 2017, investigated the influence that so-called fake news may have had on President Donald Trump’s victory.
A number of prominent leftists—including defeated candidate Hillary Clinton, backed by ongoing hysterical claims by the controlled media—have insisted that people only voted for Trump because they believed “fake news” spread in his favor.
Professors Allcott and Gentzkow, backed with a grant from Stanford University, set out to investigate if these claims were true.
For this purpose, the two academics ran a series of tests to determine which fake news articles were circulated, how much of it was circulated, and the amount of voters that believed the stories to be true.
Once they gathered an assortment of “fake news” stories, Gentzkow and Allcott used fact-checking resources in order to verify that these stories were fake.
They then conducted a post-election survey that consisted of 1,200 voters.
Participants were asked what their primary or “most important” source of 2016 election news was.
Next, they were presented with a list of true and false news stories, and asked two questions concerning each individual story.
The first was whether or not the participant remembered seeing the story.
The second question asked whether or not they believed the story.
Although fake news stories in Trump’s favor were shared more times (30 million compared to 8 million for Hillary Clinton), the authors of the report had determined that these stories still did not reach enough voters nationwide to change the election results.
“The average American saw and remembered 0.92 pro-Trump fake news stories and 0.23 pro-Clinton fake news stories, with just over half of those who recalled seeing fake news stories believing them,” the authors wrote.
The study also revealed that a majority of voters were capable of accurately deciding whether or not a news story was true.
They concluded that an “insignificant” number of American voters cast their final decision based on false information.
“In summary, our data suggest that social media were not the most important source of election news, and even the most widely circulated fake news stories were seen by only a small fraction of Americans.
“For fake news to have changed the outcome of the election, a single fake news story would need to have convinced about 0.7 percent of Clinton voters and non-voters who saw it to shift their votes to Trump, a persuasion rate equivalent to seeing 36 television campaign ads,” the study concluded.
In other words, the hysteria over so-called fake news is actually fake news in itself—yet another example of the type of lies and deceit that the controlled media deliberately spreads.