You are here: Home All News
The FBI has swooped on at least 26 Jews—including a rabbi and the former director of a religious special-needs school—in the orthodox-dominated town of Lakewood, NJ, for running a Medicaid scam which stole millions of dollars from the taxpayers—and “hundreds” more face arrest, authorities have said. 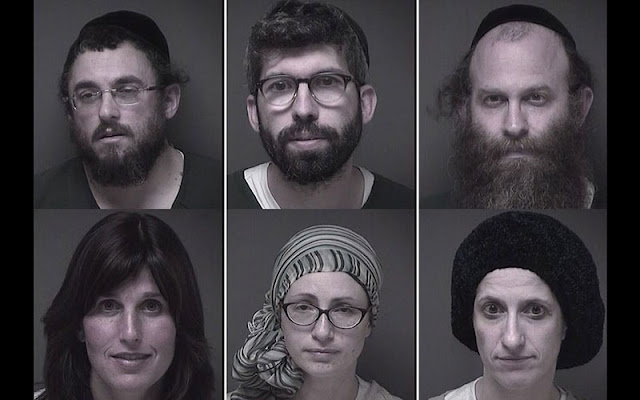 Yitzchok Kanarek (top left), Chaim Ehrman (top middle), William Friedman (top right), Sora Kanarek (bottom left), Liatt Ehrman (bottom middle), and Faigy Friedman (bottom right). (Ocean County Prosecutor’s Office).
The Jews—13 couples—are all active members of the orthodox community in Lakewood, which has seen a huge influx of Jews who have forced out many local residents.
According to local news service NJ.com, the Jews have all been charged with theft by deception and are accused of misrepresenting income to receive benefits from government programs such as Medicaid, Supplemental Nutrition Assistance Program (better known as food stamps), and a Home Energy Assistance Program that helps low-income families pay the cost to heat their homes.
Most of the arrested Jews live in luxury houses in Lakewood, and ran several highly profitable business as well—making the extent of their welfare fraud even more despicable.
A statement from Ocean County Prosecutor Joseph Coronato and state Comptroller Philip James Degnan identified those charged as:

One report revealed that “law enforcement officials have indicated the arrests are just the tip of the iceberg, but they’ve already sent shockwaves through the Ocean County community, with the Asbury Park Press reporting hundreds of people have called township officials wondering how they can avoid arrest.”
“In the last two days, hundreds of residents called township leaders asking how they can avoid arrest or get amnesty related to an alleged public-assistance fraud scheme that could stretch into the millions of dollars, according to one law enforcement with knowledge of the ongoing probes,” the Asbury Park Press reported.
In addition, that newspaper’s source said that “dozens have also called Ocean County Social Services in Toms River to cancel their public assistance or update their income information.” 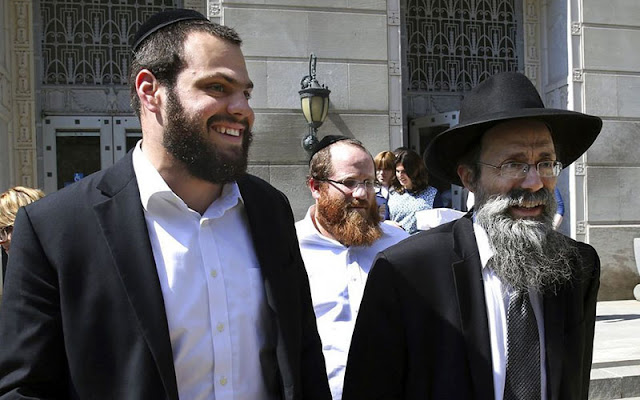 Mordechai Sorotzkin, center, brother of Rabbi Zalmen Sorotzkin, walks outside Trenton federal court after a hearing Monday on charges related to alleged public assistance fraud.
Local Yeshiva (Jewish religious school) leader Rabbi Aaron Kotler tried to explain away the massive fraud ring to media by claiming that they “need to do better to educate people [not to commit such fraud].”
According to the report, “members of the Vaad, a group of religious leaders and business owners in the town, acknowledged that the problem may be linked to the number of rabbinical students in Lakewood’s numerous yeshivas. Many qualify for poverty relief while studying, and Vaad members said the students need to do a better job of leaving public assistance once they begin making money.”
However, the luxurious houses in which most of the arrested Jews were living, reveals this excuse to be another blatant lie: it is impossible for people who live in $500,000+ houses not to know that it is “wrong” to falsely claim welfare as well. 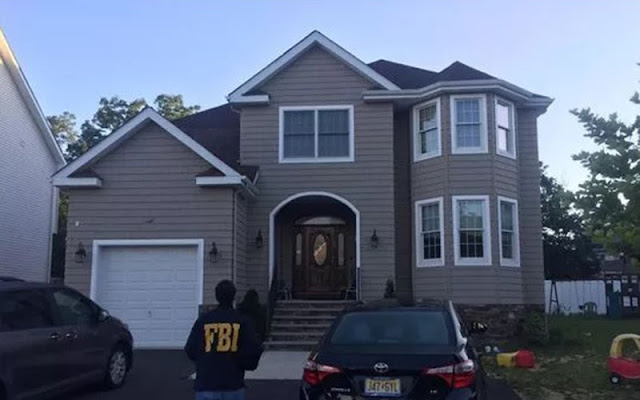 FBI agents arrive at the $500,.000 house of Mordechai Breskin to arrest him  on charges of public assistance fraud.