You are here: Home All News
The French mayor of the town of Béziers has been charged with “hate crimes” after saying that it was a “problem” that a class in a local school was 91 percent Muslim.
The charges were brought by the Jewish “International League against Racism and Anti-Semitism” (Ligue Internationale Contre le Racisme et l’Antisémitisme, LICRA).
Mayor Robert Menard denied his comments were discriminatory, saying he had “just described the situation in my town.” 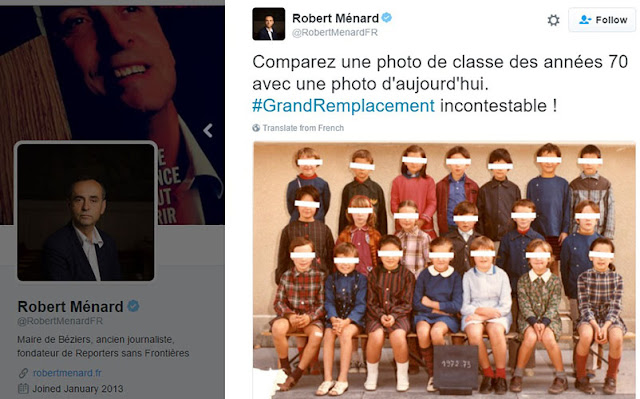 The comments were made back in September 2016, when Menard told French news channel LCI that “In a class in the city Center in my town, 91 percent of the children are Muslims. Obviously, this is a problem. There are limits to tolerance.”
At the same time, Menard tweeted his regret at witnessing “the great replacement” of France’s white population by Third World invaders.
According to French media, his comments were “seized upon” by LICRA, and the Jewish group immediately pressed charges for “hate” and “incitement.” 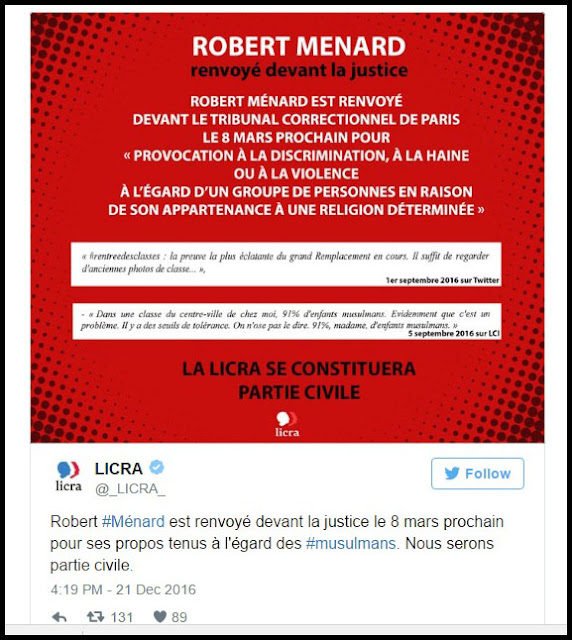 After months of deliberation, Menard’s trial date has now been set for March 8, LICRA announced on their Twitter feed.

The prosecution is also based on two statements from the mayor which he made on Twitter. The first, from September 1, said, “the most striking proof of the great Replacement in progress. Just look at old class photos.”
A second tweet, on September 5, contained the remark which was later repeated in the media: “In a downtown classroom, 91% of children are Muslim. Obviously, this is a problem. There are thresholds of tolerance.” 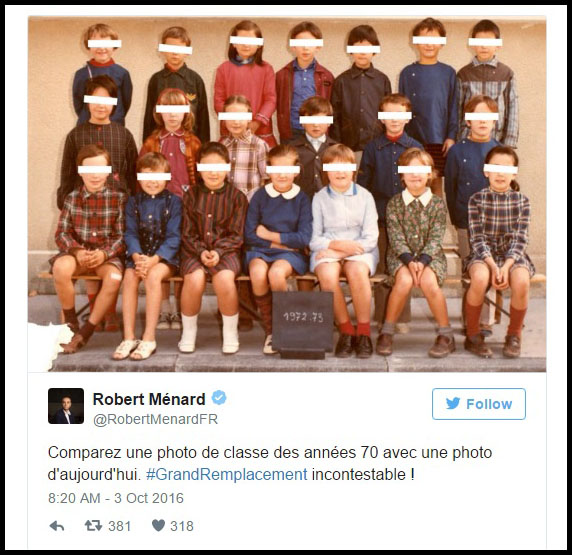 He followed this up with a tweet on October 3 which showed a class photograph from 1970 in his town, showing all white children, with the statement:
“Compare a class photo of the 70s with a picture of today. #GrandReplacement is undeniable!”
For this sin—of daring to point out that whites are being exterminated in their own country, the Jews in LICRA announced that they had lodged an official complaint with the Paris Public Prosecutor’s Office, which deals with the “offense of direct provocation of discrimination, hatred or violence against a group of persons on grounds of belonging to a nation, race, ethnic group or religion.”