You are here: Home Europe
Third World invaders pretending to be refugees in Germany carried out at least 1,964 serious sex attacks in Germany during 2016, preying on 2,000 adults and 1,000 children, a new study by monitoring group XY Einzefall has shown.
The true number of attacks and victims is much higher, because police are under orders to withhold hundreds of reports and only respond if the media makes inquiries. 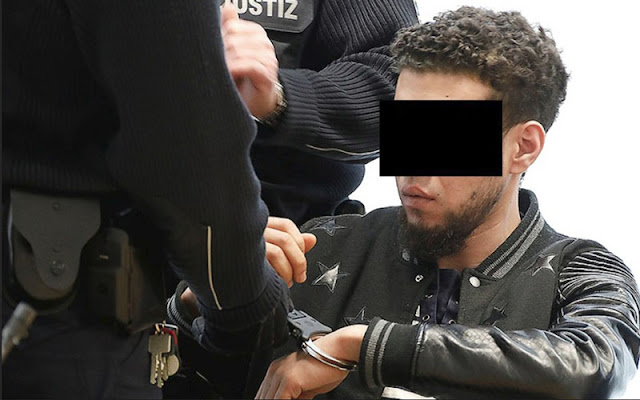 XY Einzefall is a German-based monitoring group which has carefully recorded every sex assault carried out in Germany since Angela Merkel opened that country’s gates to the mass Third World invasion in 2015.
Their final report for 2016, which can be found in spreadsheet format here, reveals that reported incidents only total 1,964, consisting of at least 201 rapes, 1,559 sex attacks, and 204 sex attacks in public swimming pools.
Only incidents which were actually reported by the police, or which were reported in the controlled media, were added to the XY Einzefall list. Their spreadsheet contains the links to the police and media reports.
Of the 201 reported rapes, at least 35 were minors, the study showed. Of the 1,559 sex attacks, 653 victims were minors, and of the 204 swimming pool sex attacks, 286 were minors.
This works out at nearly six serious sex attacks every day during 2016.
However, as XY Einzelfall points out in its study, these figures are merely the tip of the iceberg. Quoting a separate study in Austria, the groups said that “only a tiny fraction of all crimes are published as a police or media-report.”
The Austrian study quoted compared complaints laid with the police to those reported by the police’s media officers and those reported in the media. The difference was vast, the study said, finding that in Vienna, of the more than 200,000 complaints made to police, less than 2,000 police reports were actually published.
With regard to rape cases, the study found, of the 647 rapes reported to the police, only 15 were ever mentioned by police reports and media.
“For this reason,” the study says, “the total number of crimes committed by migrants is much higher.”
XY Einzelfall also maintains an incident map which is regularly updated and which can be found here.