You are here: Home Africa
Two Zimbabweans who stabbed their wives to death have been acquitted by courts in that country within the last month after successfully persuading judges that they thought their wives were witchcraft-created goblins.

According to the state-owned Chronicle newspaper, Mikiana Sandako (24) was acquitted by Masvingo High Judge Justice Joseph Mafusire after fatally stabbing his sleeping wife after mistaking her for a goblin that was punching him.
Lucy Chivasa, who represented Sandako, told the court that Sandako felt blows raining on him.
“He woke up and stabbed his wife in the neck using a chisel. He went ahead and stabbed himself once on the neck,” said the lawyer.
The Chronicle added that a post-mortem revealed that his wife had “died due to excessive bleeding from the stab wounds.”
Justice Mafusire, sitting with assessors Elias Gweru and Samuel Mutomba, ruled that Sandako was temporarily insane when he committed the crime and ordered him to be “kept at the Chikurubi Maximum Prison’s Psychiatry Unit until doctors certify him fit to go back into the society.”
Last week, the Chronicle added, a Bulawayo High Court judge, Justice Francis Bere, acquitted a man from Nkayi who axed to death a woman he also suspected to be a goblin.
Sibangilizwe Moyo (43), of Tunke Village, was facing a murder charge in connection with the death of Sithembiso Tshuma.
Moyo said he axed Tshuma to death after she emerged from the darkness, blocked his way, and tried to strangle him.
In his judgment, the Chronicle said, “Justice Bere ruled that Moyo fell victim to a belief in witchcraft that is largely entrenched in most societies.”
Witchcraft also appears to be plaguing the neighboring country of Namibia, The Namibian newspaper has reported. In the Kunene region, school pupils at the Okangwati Combined School fainted while writing examinations, and several others reported that they felt ill.
According to Levi Musilika, circuit inspector in the area, an investigation into the incident had been launched.
“Many believed the strange development was linked to witchcraft,” The Namibian added, quoting Musilika as saying that he needed “to interview the affected learners and the teachers who witnessed the alleged incident.”
Despite similar incidents having been reported at several other institutions, Musilika told The Namibian that the strange occurrence had been the first of its kind within his circuit. 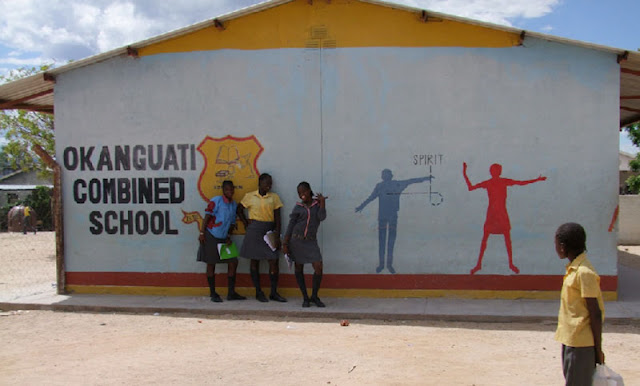 “In 2013, more than 20 students in the Kharas Region of the country were reported to have been plagued by attacks similar to those experienced by victims of epilepsy. The development led many to believe that the learners were being attacked by ‘demonic’ entities,” The Namibian continued.
“A similar incident also occurred a year later in the Omusati region, where a teacher and principal at the Oshilemba Combined School were accused of eliciting demonic attacks at the institution.”

Zimbabwe “Even Worse” One Year after Mugabe, Africans Admit

Burundi: Seven Schoolchildren Arrested for Doodling on Picture of President