Half of the eight mayoral hopefuls on Detroit’s primary ballot next week have been convicted of felony crimes involving drugs, assault or weapons, according to the Detroit News.
Three were charged with gun crimes and two for assault with intent to commit murder. Some of the offenses date back decades, the earliest to 1977. The most recent was in 2008. 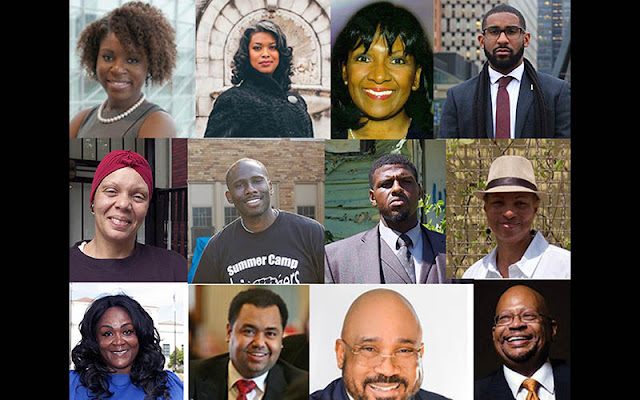 Under state election law, convicted felons can vote and run for office unless they are incarcerated or guilty of certain fraud-related crimes or offenses involving a breach of public trust.
The two contenders polling ahead, incumbent Mayor Mike Duggan and Sen. Coleman A. Young II, the son of the city’s first black mayor, have no criminal record.
The four mayoral hopefuls who hold felony records are Pitts; Danetta L. Simpson, 46; Articia Bomer, 45; and Curtis Christopher Greene, 32.
First-time contender Donna Marie Pitts has multiple felony convictions dating back to 1977, according to court records in Wayne and Oakland counties. Pitts was convicted of receiving a stolen car in 1977.
Ten years later, “she was charged with two counts of assault with intent to murder and two firearm offenses in connection with two separate shooting incidents on March 24, 1987, Detroit Recorder’s Court records say.
Detroit’s mayoral primary will be held on August 8 when the field of eight will be narrowed to two.
The fall election will be the first mayoral election in the city since it was declared bankrupt and had to be bailed out by the taxpayers.
Once a shining metropolis and home to 1.8 million residents during the 1950s—when it was majority white—the city filed for bankruptcy in 2013 and now has fewer than 675,000, mostly black, residents.