Hungary has started building a high-tech second fence on the border with Serbia complete with night cameras and heat and movement sensors to keep out illegal invaders, that country’s government has announced. 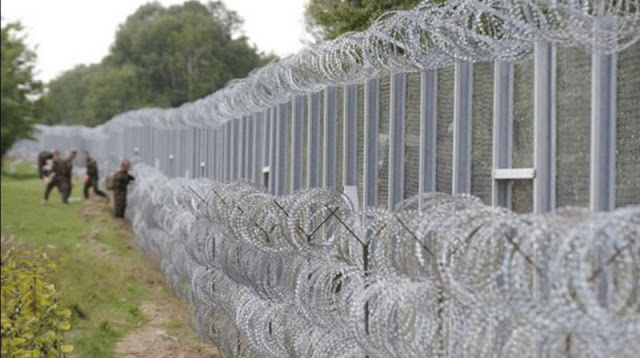 Prime Minister Viktor Orban announced plans for the 10-foot high fence in August 2016, and the construction is now underway. The new fence will reinforce an existing barrier erected in 2015 at the height of the mass Third World invasion sparked off by German Chancellor Angela Merkel.

The new fence will have sensors every few inches to trigger alarms, Orban’s chief security advisor, Gyorgy Bakondi, told the Magyar Hirlap newspaper.
The daily Magyar Idok newspaper added that work had begun with the first columns being erected near the Kelebia border crossing.
The newspaper said that the work was being done by prisoners, who in November completed a 6.4 mile test section.
Bakondi said that this part “exceeded expectations” and led to a complete halt illegal border crossing there.
The new barrier will be completed within two months, and will be used to counter what is expected to be a summer surge in invaders seeking to cross from Serbia, Magyar Idok said.
Orban’s government hopes that when fully built, the fence will cut the numbers of troops and police officers required to patrol Hungary’s border with Serbia.
Currently, invaders are still arrested at the rate of dozens every day after trying to cross the fence every day.
Meanwhile, the “Human Rights Watch” (HRW) pro-invasion organization has said that the European Union needs to “intervene” in Hungary.
The HRW is particularly upset over a new draft bill proposed by the Hungarian government which to allow authorities to automatically detain invaders pretending to be “asylum seekers” in specially-created “transit zones.”
The bill also will allow the government to summarily deport the arrested invaders back over the Serbian border from anywhere in Hungary.
“The European Commission should not stand by while Hungary makes a mockery of the right to seek asylum,” said Benjamin Ward, deputy director of the Europe and Central Asia division at HRW.
The European Commission opened infringement proceedings against Hungary in December 2015, based on its already existing “asylum” legislation, but no further information about the proceedings has been made public.