You are here: Home Europe
George Soros Open Society Institute-funded organizations in Hungary which have been promoting the Third World invasion of Europe will soon be fully audited and their activities exposed in public.
The Hungarian government has announced plans to bring in a law which will allow for the full public auditing of those organizations, which it has long accused of orchestrating the fake refugee invasion. 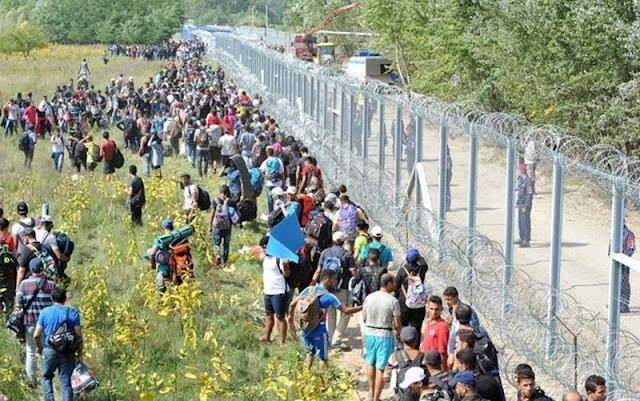 According to a statement made by a vice president of the ruling Fidesz party, Szilard Nemeth, the Hungarian government will “use all the tools at its disposal” to “sweep out” NGOs funded by Soros “which serve global capitalists and back political correctness over national governments.”
Hungarian lawmakers will start debating a bill to let authorities audit NGO executives, according to parliament’s legislative agenda.
In 2014, Orban personally ordered the state audit agency to probe foundations financed by Norway and said that civil society groups financed from abroad were covers for “paid political activists,” a Bloomberg report revealed.
Orban and his administration have frequently singled out NGOs supported by Soros, a Jew originally born in Hungary but who now heads up a network of organizations which supposedly “promote democracy” in eastern Europe.
These organizations have been repeatedly exposed as funding, organizing, and logistically supplying the far-left groups involved in people smuggling, agitating, and supporting the nonwhite invaders as they march through Europe.
“I feel that there is an opportunity for this, internationally,” because of Trump’s election, state news service MTI reported Nemeth as saying.
He was referring to an earlier pronouncement by the U.S. President-elect which accused the 86-year-old billionaire of being part of “a global power structure that is responsible for the economic decisions that have robbed our working class, stripped our country of its wealth and put that money into the pockets of a handful of large corporations and political entities.”
In a pre-election commercial, Trump showed images of Soros along with Federal Reserve Chair Janet Yellen, and Goldman Sachs Group Inc. CEO Lloyd Blankfein, all of whom are Jewish.
The Jewish supremacist Anti-Defamation League criticized the ad for touching on “subjects that anti-Semites have used for ages.”