You are here: Home Europe
Austrian police have identified six Afghan invaders pretending to be refugees and living in invader centers in the city, as some of the culprits for the sex attacks on white women during New Year’s Eve festivities in the city.
Innsbruck police chief Martin Kirchler said that the six were “Afghan nationals aged 18 to 22, living in migrants’ shelters.” 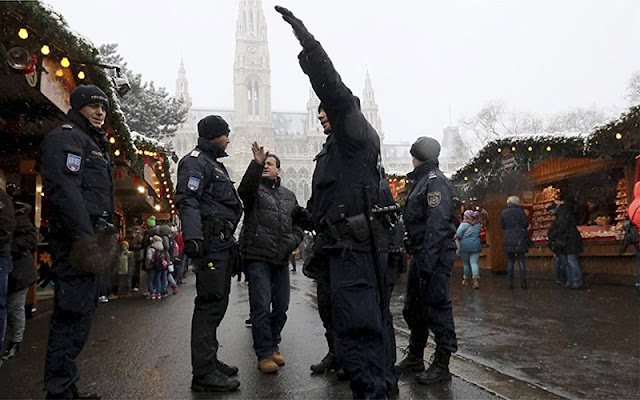 Eighteen women have reported being sexually harassed on New Year’s Eve while part of celebratory crowds gathered in Innsbruck. Several women in other Austrian cities have filed similar complaints.
None of the suspects are being named in line with Austrian privacy laws.
Earlier, Germany’s N-TV reported that at least 18 victims had come forward to report that they had been sexually molested by “groups of up to ten men in the town center.”
“This was a first for us,” Ernst Kranebitter from the Tyrolean Regional Criminal Police Office told N-TV. “The men had danced around their victims and then suddenly grabbed them by their breasts or between their legs.”
He said the women had all been attacked around midnight, with the perpetrators taking advantage of the noise as the clocks turned into the new year—so that “bystanders would not have immediately noticed.”
The Kronen Zeitung newspaper reported that another two suspects are still being sought for the attacks.
Kranebitter said that the six Afghans all knew each other, and had converged on Innsbruck in what was clearly a coordinated plan.
Another woman was attacked by a dark-skinned man police described as a “foreigner” at 2:30 a.m. in a city restaurant. A serious incident was avoided when a friend of the woman entered the room, and the assailant fled.
Police are still looking for him, and have issued a description saying he is “about 30 to 40 years old, about 175 centimeters tall, brown mustache, and very short hair. The offender is a foreigner.”
Other invader sex attacks also took place across Austria on New Year’s Eve, with incidents reported from Vienna, Salzburg, and Graz.