Three Moroccans living legally in Spain have been arrested for ISIS-related activities including that of recruiting terrorists among the established Muslim community, according to a statement from the Spanish Interior Ministry. 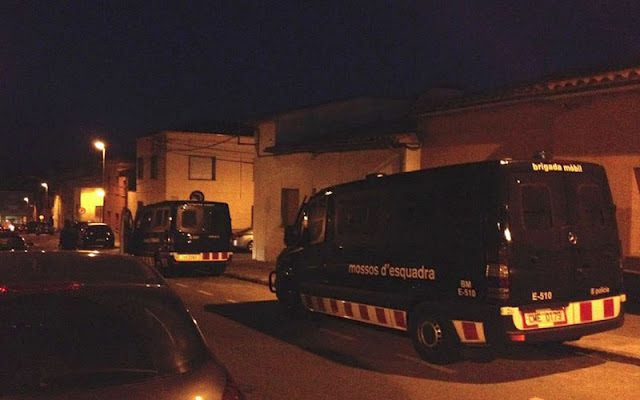 The arrests were carried out in two separate anti-terrorist operations in Barcelona and Valencia on Wednesday, March 22, the statement said.
A 45-year-old man “of Moroccan origin but with Spanish nationality” was held in Benetússer, Valencia for distributing jihadist propaganda over social media and glorifying terrorism with a view to recruiting and radicalizing “disaffected Muslims to travel to conflict zones in Syria and Iraq.”
The statement described his activities as “a real threat to public security.”
It said that the Moroccan had, through the “use of different virtual profiles,” and “under names associated with jihad,” repeatedly “published messages on training in combat, [and] glorifying the jihadist attacks carried out by ISIS in Europe, Syria, and other countries. The posts included statements glorifying terrorism, saying that “jihad is an inescapable duty” and calling for members to “fight and [take] action against the enemy,” said the Ministry.
The ministry said that during the course of the police investigation, the agents verified the appearance of each one of the typical phases of the process of terrorist radicalization.
The statement went on to say that the Moroccan was “very integrated in the Muslim community.”
At the same time, the Spanish police detained a further two Moroccan men, aged 26 and 37, in the Roda de Ter suburb of Barcelona for their participation in “a recruitment and radicalization cell.”
The ministry statement added that police have so far arrested 195 “jihadi activists” since Spain raised its national security alert to one step below maximum following the terrorist attacks in France and elsewhere in 2015.