You are here: Home Europe
A national poll in Italy among 138,000 secondary schools and 3.5 million students has found that Adolf Hitler’s Mein Kampf is one of their top ten favorite reading materials.
The finding shocked the liberal establishment in Italy, particularly in light of the fact that Hitler’s book came out tops among some 10,000 different titles nominated. 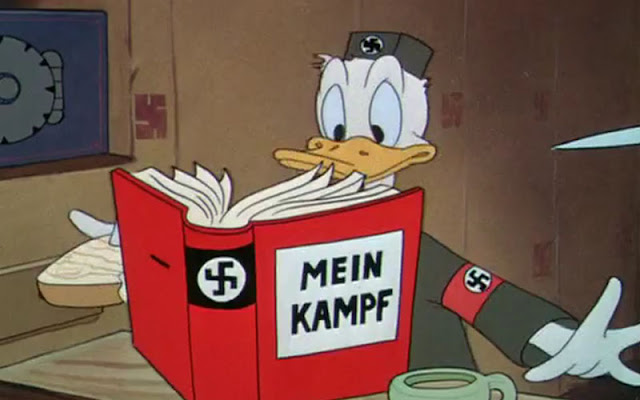 According to a report in RAI news, a survey launched by Italy’s Ministry for Education to promote reading and discover which books are “most beloved” by schoolchildren, showed that several secondary schools included Mein Kampf in their top ten lists.
Alessandro Fusacchia, from the Italian Ministry for Education, referred to the choice as a “particularly nasty case”, adding that the book was ineligible for the vote in any case as secondary school pupils had been asked to select books by Italian authors published after 2000.
He said: “We are looking into it, but we are convinced that it was not a bad interpretation of the request, but rather a free choice.”
The choice wasn’t confined to one region, with classes in Palermo, Catanzaro (Calabria), Potenza (Basilicata), Tivoli and Gaeta in Lazio, Trieste, Udine (Fruili-Venezia Giulia), and Piacenza (Emilia Romagna) all selecting Hitler’s book as one of their favorite reads.
There are several English version translations of Mein Kampf, with the most famous editions being by James Murphy (published in 1939) and by Ralph Mannheim (published in 1943).
Both these editions were unauthorized, although Murphy’s work is often mistakenly believed to be have been “official.”
This is because Murphy was originally commissioned by the Nazi Party to translate the book into English. The poor standard of his translation caused him to be fired less than halfway through the work, and he left Germany for England, where he completed it in his own style.
Murphy’s pirate version was then published by Hurst and Blackett, and is well-known for its numerous errors and additions—including the use of racial pejoratives for blacks which Hitler never used in the original.
The Mannheim translation likewise was unauthorized, and although supposedly “better” than the Murphy translation, also contained many errors and was equally poorly translated into English.
There was, however, one officially authorized translation issued by the Nazi Party, although it was printed in such small numbers that it never gained much publicity. The translator of this officially authorized version was clearly neither Murphy nor Mannheim, as its style and simplicity of reading showed, yet his or her name has been lost.
Most of the copies of this officially approved English translation were printed during the Second World War and distributed in the prisoner-of-war camp libraries for Allied prisoners to read. As a result, they became known as the Stalag editions—Stalag being a contraction of the German word Stammlager, or POW camp.