Male and female behavioral patterns are biological in origin and the “gender neutral” fad is futile against this reality, Debra W. Soh, a sexual neuroscientist at York University in Toronto and writer for the Globe and Mail, Harpers, the Wall Street Journal, Scientific American, the L. A. Times, and Playboy magazine, has said. 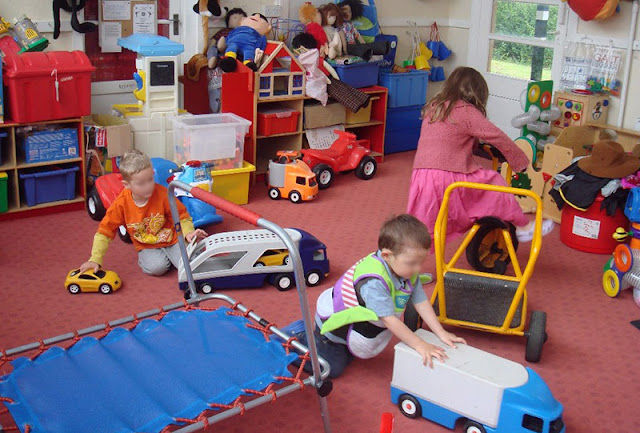 In an article published by the L.A. Times—an adventurous newspaper which often breaks ranks with the controlled media—Soh said that “In steadfast pursuit of gender equality and to promote nonconformity,” it had become popular to start “raising young children in a gender-neutral way.” 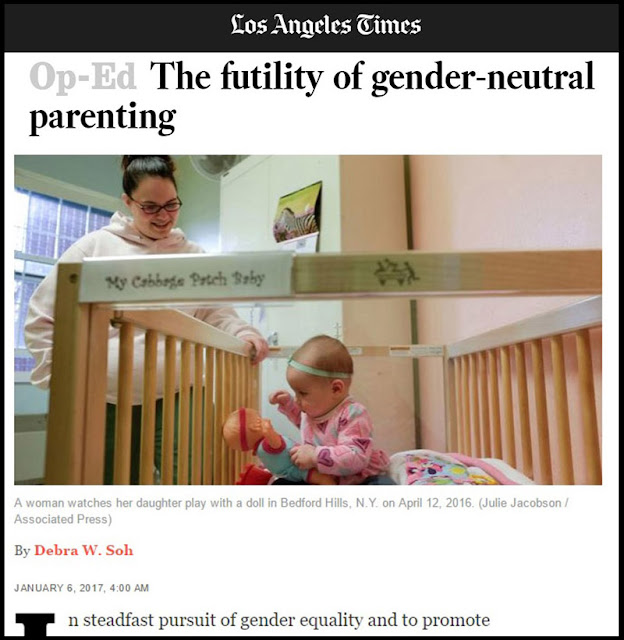 The article, titled “The futility of gender-neutral parenting,” went on to list these “gender neutral” child-raising patterns as “not revealing the baby’s sex at birth, dressing them and their bedroom in various shades of oatmeal, [and] encouraging them to play with gender-neutral toys.”
There is also pressure on corporations to help, Soh continued, saying that “parental complaints” had led a major U.S. retailer to “stop sex-segregating its toys.”
All this was, however, she pointed out, a waste of time because “the scientific reality is that it’s futile to treat children as blank slates with no predetermined characteristics. Biology matters.”
A large and long-standing body of research literature shows that toy preferences, for example, are innate, not socially constructed or shaped by parental feedback.
Most girls will gravitate toward socially interesting toys, like dolls, that help social and verbal abilities develop. Most boys will gravitate toward toys that are mechanically interesting, like cars and trucks, fostering visuo-spatial skills.
Soh went on to point out that an “immense body of neuroimaging research has shown brain differences between the sexes.”
One study, published in Infant and Child Development (“Preferences for ‘Gender-typed’ Toys in Boys and Girls Aged 9 to 32 Months”) showed that these preferences emerge as early as nine months of age—“before children are developmentally aware that gender differences exist, at around 18 months.”
Soh went on to write that “another piece of evidence comes from studying girls who were exposed to high levels of testosterone prenatally, in the case of a genetic condition called congenital adrenal hyperplasia, or CAH.”
Girls with CAH tend to be gender nonconforming, and will prefer toys that are typical to boys, even when their parents offer more praise for playing with female-typical ones. This speaks to the vital role of hormones in developing gender preferences and sex differences in behavior, more broadly (Prenatal Hormones and Postnatal Socialization by Parents as Determinants of Male-Typical Toy Play in Girls With Congenital Adrenal Hyperplasia,” Child Development, 10.1111/j.1467-8624.2005.00843.x).
Furthermore, she continued, an equally “immense body of neuroimaging research has shown brain differences between the sexes.”
One meta-analysis of 126 studies found that men have larger total brain volumes than women (“A meta-analysis of sex differences in human brain structure,” Neuroscience & Biobehavioral Reviews, Volume 39, February 2014).
Men also show greater white matter connectivity running from the front to the back of the brain, while women have more of these connections running between the two hemispheres.
Additionally, when researchers reanalyzed the same brain data from the “no sex differences” study, they found that it was possible to correctly identify whether a given brain was male or female 73 percent of the time.
Soh went on:
I hear from many well-meaning parents who raised their children in gender-neutral homes and were surprised to find that they nevertheless gravitated toward stereotypical interests and toys.
Little boys who were given pots and pans to play with turned them into makeshift toy cars, complete with self-generated engine sounds. Little girls turned to one another and started playing house.
She went on to say that all parents wanted their children to develop to the best of their potential, and should be given all possible opportunities, but “whether your child leans toward gender-atypical traits will likely have more to do with the prenatal environment—testosterone levels in utero—than a perfectly balanced upbringing.
“Besides, so long as children are given the option to take part in activities they find interesting, there’s nothing wrong with being gender-typical,” Soh continued, concluding by saying that “acknowledging inherent sex differences isn’t harmful or sexist; differences don’t necessitate one sex being better than the other.”
It is unusual to find such an honest and factual assessment of biological differences appearing in any of the controlled media outlets, and Soh and the L. A. Times have broken new ground by daring to write and publish this article.
Soh did not, however, go on to take these scientific facts to their logical conclusion, which is that all the “transgender” propaganda is made-up nonsense being imposed on society by mentally-ill people who are also pretending that the biological facts of gender distinction do not exist.