You are here: Home All News
Sixty-eight percent of all murders in the U.S. occur in just 5 percent of counties—all of them concentrated in nonwhite-inhabited regions, a new study by the Crime Prevention Research Center has shown.
The report, titled “The Geographical Concentration of Murders,” is careful to avoid mentioning race, but the maps and data provided show clearly the relationship between race and the murder rate.
Murders are concentrated in the areas heavily overrun by the Hispanic invasion, and in the urban areas where blacks are concentrated. 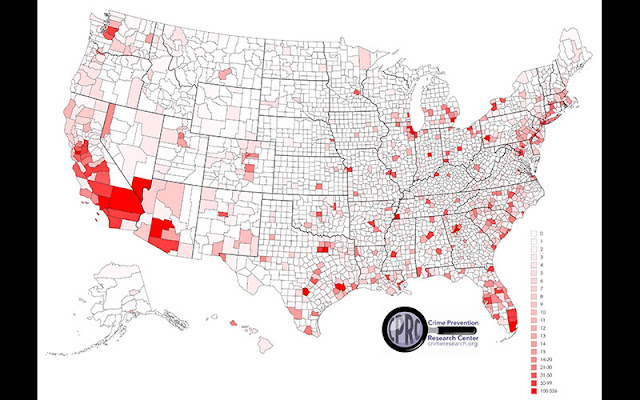 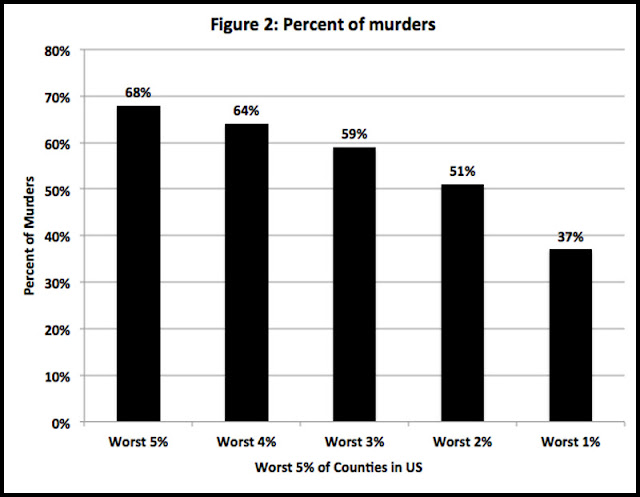 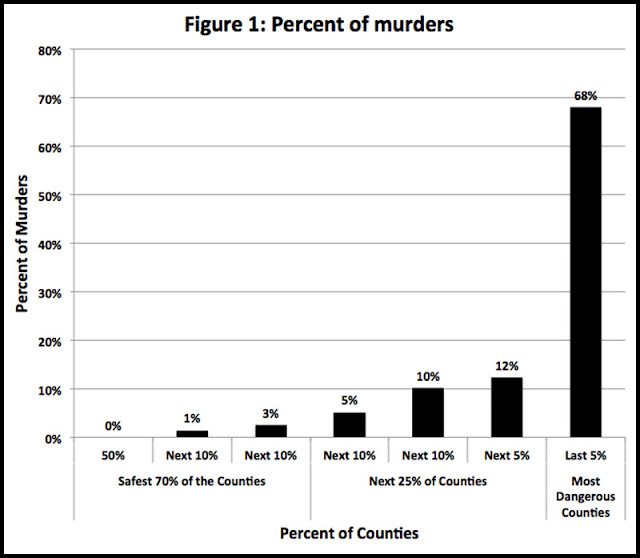 Figure 1 illustrates how few counties have a significant number of murders. 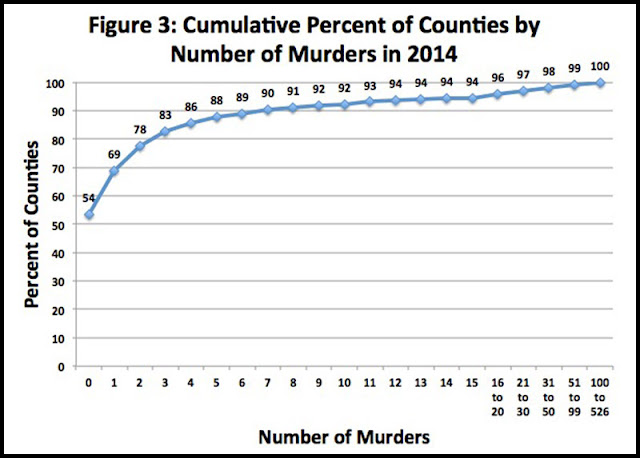 Figure 3 further illustrates that with a cumulative perspective, 54 percent of counties have zero murders, 69 percent have at most one murder, 76 percent have at most two murders, and so on.
“To put it differently, only the top 4 percent of the counties have 16 or more murders,” the report says.
“If the 1 percent of the counties with the worst number of murders somehow were to become a separate country, the murder rate in the rest of the U.S. would have been only 3.4 in 2014. Removing the worst 2 percent or 5 percent would have reduced the U.S. rate to just 3.06 or 2.56 per 100,000, respectively.”