You are here: Home All News
The failure by the U.S. Senate to repeal Obamacare is only a reflection of the crushing all-round ignorance of the nature of that service—and what is required to replace it. While many Americans—and others around the world—have been led to believe that Obamacare is a form of socialized medical healthcare similar to, for example, Britain’s National Health Service (NHS), in fact it is nothing of the sort. 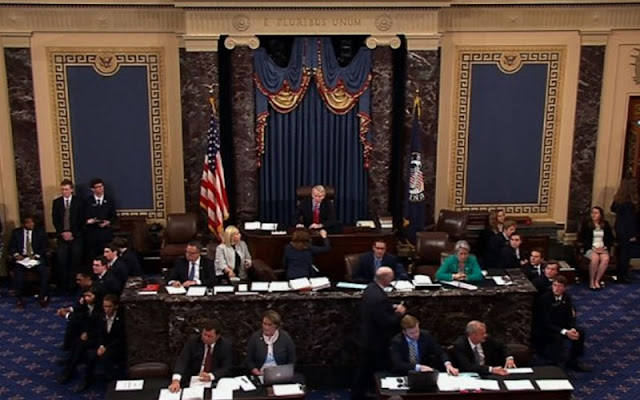 A socialized healthcare service as Britain has, is a complete medical service run by the state, including hospitals, clinics, administration, drug sourcing etc., all controlled directly by public bodies.
The NHS is also wholly funded by the state, through a combination of taxes and a special surcharge upon each citizen taken from something called a “National Insurance” contribution, which is calculated upon the gross earnings of every working individual who earns above £155 per week.
In the U.S. version, the medical services are still provided largely by privately-run hospitals, and all that Obamacare has done is obligate all working individuals to take out compulsory medical insurance—again with private companies—to pay for health services.
Obamacare is in fact, state-enforced capitalism, and bears no similarity to a socialized health service at all.
Refusal to take part in this state-enforced capitalism is punishable by fines and other penalties—and contributors are expected to cross-subsidize those who cannot afford to pay, such as “immigrants,” and illegal aliens.
As a result, premiums charged by these private companies have sky-rocketed—because they are out to make a profit.
As the unaffordability of the system becomes obvious, more and more of the health care insurers have dropped out of the market, leading to the inevitable crisis Obamacare now—predictably—faces.
The bill which the controlled media claimed would “repeal” Obamacare—and which failed to gain sufficient votes in the Senate—is in fact no “repeal” at all, and changed none of the fundamentals of the system.
In fact, the defeated bill, called the Better Care Reconciliation Act only allowed insurers offering Obamacare plans to also offer cheaper, bare-bones policies, contains significant new funding for opioid treatment and money for states meant to lower premiums for high-cost enrollees. But it would keep two Obamacare-era taxes on the wealthy and maintained significant cuts to Medicaid—the already state-funded aid system to the poorest.
In other words, the “defeat” of the bill was not, as the controlled media is portraying it, as a “defeat” for Donald Trump: it is only an indication of how woefully ignorant all parties—including the President—are over the matter.
A true socialized medical aid system can in fact only work in a society where the vast majority of people are working, and where the “scrounger” element of that society is at an absolute minimum.
For this reason, any form of socialzed healthcare is impossible in present day America—and the answer to the problem cuts to the heart of the economic problems facing that country (the collapse of the manufacturing industry, etc.)—and the problem can only be made worse by forcing the population to buy private healthcare.
As Iowa Senator Chuck Grassley said in his reaction to the failure to pass the latest bill, “the health care situation is the same as before.  Obamacare has not delivered on its promises and is failing.
“Those who have access to insurance often can’t afford to use it because of sky-high deductibles, premiums and co-payments,” Senator Grassley said.
Referring to his own state, Grassely  added that “because of Obamacare’s failures, 72,000 Iowans don’t know if they’ll be able to afford health insurance next year.  Only one insurer will stay in the exchanges and plans premium increases of 43 percent on average, on top of big increases this year.”