You are here: Home All News
Poland’s Interior Minister Mariusz Blaszczak has announced that his government is considering creating container detention camps on its border with Belarus to cope with an increase in Third World invaders trying to break into Europe. 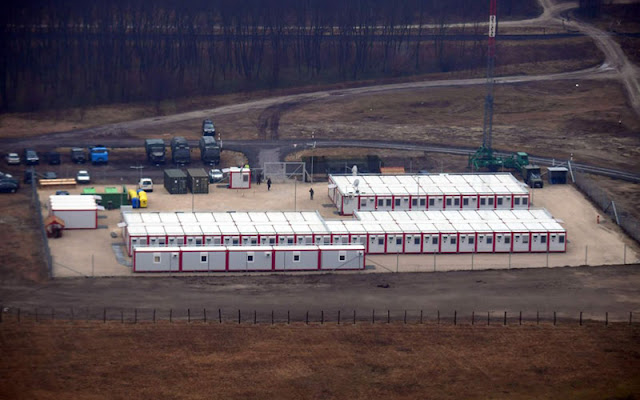 According a report in the Visegrad Post, Blaszczak told the Polish Radio station Zet that the “system works well in Hungary.”
He was speaking after the Gazeta Wyborcza daily newspaper reported that the ministry plans to put “asylum seekers” in containers behind barbed wire.
According to the Gazeta Wyborcza, Blaszczak did not deny the claims, and said that if “there was an emergency situation we must be prepared for all scenarios…The bad scenario is a wave of migration that could sweep across Poland.”
At the moment, most of the invaders trying to enter the EU via Poland are from Chechnya, Vietnam, or Tajikstan.
The Polish government’s policy at present is to deny them entry and refuse to even consider any sort of “asylum” application.
However, as the Visegrad Post pointed out earlier, the Third World invasion force is ever seeking new ways to enter Europe, and Russia, Ukraine, and Belarus are becoming “countries of transit” in this invasion.
The BelTA news agency has also announced that Belarus and the European Union have agreed to build detention centers for illegal immigrants in Belorussian territory with EU financial support of €7 million.
About 3,000 invaders arrived in Brest—a city at the Belarus border with Poland—taking advantage of the 90 days visa-free travel afforded to all former USSR nationals within the previous Soviet Union territory.
According to official figures, some 68,000 individuals tried to cross the Polish border in 2016, of which at least 5,500 were Tajiks. This latter group all aim to move to Germany, where the headquarters of the Islamic revival party of Tajikistan, the main opposition party, is located.