A Somali invader pretending to be an asylum seeker has admitted to Lithuanian journalists that he came to Germany to live on welfare for the rest of his life, that he has no intention of working, and as soon as he receives German citizenship, he will bring over his “whole family of ten.” 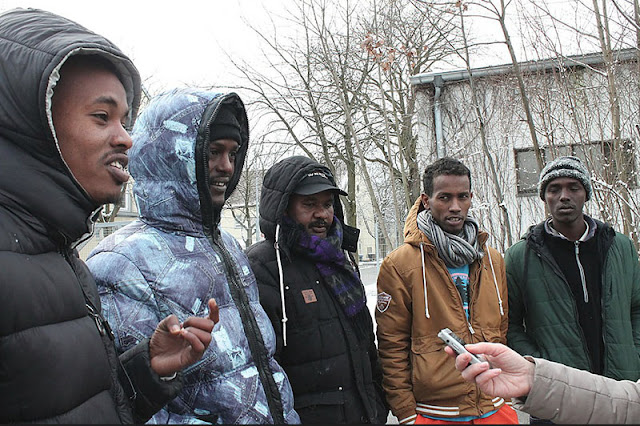 The journalists, all working for Lithuania’s largest news portal Lietuvos Rytas (Lithuanian Morning), reported back after visiting an invader center in Munich where 1,200 nonwhites from Libya, Somalia, and Sudan are housed.
The Lithuanian journalists reported their amazement that the nonwhites were very open about their intention not to work and just live off welfare.
“A Somali told me that he had decided to stay in Munich because of the generous contributions and good public services,” the report read.
In the interview with Lietuvos Rytas, the invader—named Abdulah—was asked in what profession he would like to work, to which he replied that he had no intention of working, and that when he got “German citizenship, I will immediately bring my family here. I have almost no family. Only ten people. It’s my parents, brothers, and sisters.”
The report revealed that the invaders get free food, language training, and medical and dental care in the housing complex, which is an initial reception center. They are meant to stay there only for eight weeks before being “placed out” to other parts of Germany. 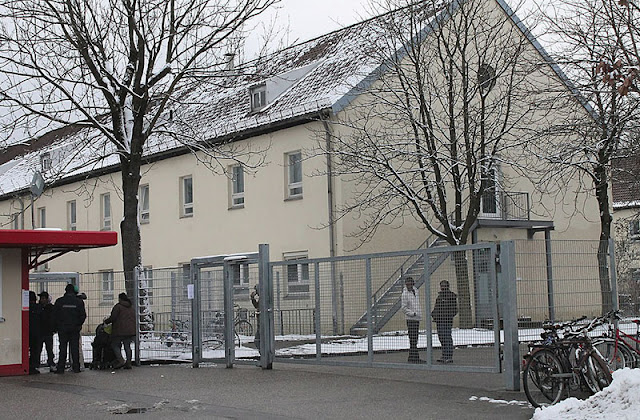 Even though it is officially named as an “Initial Reception for Unaccompanied Minor Refugees (Male Adolescents),” the Lithuanians reported that at “first glance it seems that the majority who roam around are between the ages of 18 and 30 years old,” an impression which is confirmed by the photographs of those they interviewed. 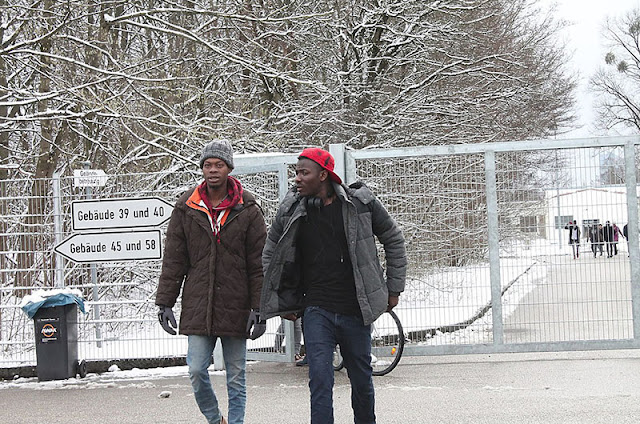 Abdulah told the journalists that he had travelled to Italy by boat across the Mediterranean, and from there had made his way up into Germany.
Asked how much this journey had cost him, he said that he had paid U.S. $8,000 to get to Germany.
“As soon as I reached Germany, my family immediately telephoned me. They are very happy,” Abdulah said, smiling broadly, the report continued.
“Here I will be able to learn the German language; that is what I have to do first,” he said.
Then he was asked where he would later like to work in Germany. He smiled: “No, no … I like to walk in the mountains, but to work, not. I want to live in Germany.”
When he was told he could only stay in the reception center for eight weeks, Abdulah was incredulous: “No, they promised me that I can live here. Only eight weeks? We are here to stay forever. We love Germany.”