You are here: Home All News
Police in Stockholm have announced that the nonwhite Muslim terrorist arrested for carrying out the truck-ramming attack is a failed asylum seeker from Uzbekistan. 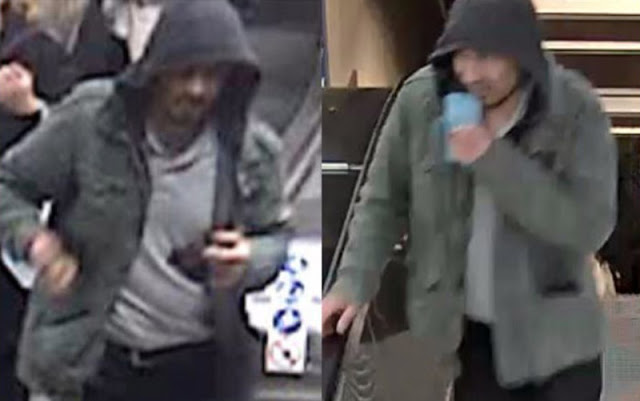 His application for a residence permit in Sweden was rejected but he had not been deported—most likely due to deliberate state inaction.
Jan Evensson of the Stockholm police told a televised news conference on Sunday, April 9, that the 39-year-old suspect’s request was rejected in June 2016. Evenssen said police are holding five more people in connection with the attack and have questioned over 500 others.
Swedish government policy—in particular its support of “regime change” in the Middle East, and its encouragement of Third World immigration—is the cause of the latest vehicle-ramming terrorist attack in Stockholm.
The Swedish government has long been a fanatic supporter of what is known as the “‘Clean Break Clinton doctrine”—a strategy developed by the Israeli-based Institute for Advanced Strategic and Political Studies (IASPS), which formulated plans to disable all anti-Israeli governments in the Middle East by plunging them into civil wars.
In this way, the Swedish air force, for example, participated in the military campaign which brought down the Libyan government in 2011.
That campaign, which ended the Gadhafi regime—another sworn enemy of Israel, also plunged Libya into chaos. That, in turn, sparked off the mass Third World seaborne invasion of Europe, which started shortly thereafter.
The Swedish government has also provided material support to the anti-Syrian government “white helmet” unit, which claims to be “impartial” but in fact is tied up closely with the terrorist forces in Syria.
In this way, the Swedish government has actively contributed to the fake refugee invasion of Europe, and has gone out of its way to absorb as many of these fakers as possible.
As pointed out by a Swedish leftist, Professor Marcello Ferrada de Noli, in his TheIndicter magazine, the Swedish establishment “worked hard to give to the public the notion that the ‘refugees’ arriving to Sweden during the dramatic migrant-year of 2015 were in the main from Syria, or refugees caused by ‘Assad’s war.’”
In reality, Professor de Noli pointed out, Finnish MP Peter Östman (Chairman of the Christian Democratic Parliamentary Group), recently admitted that “migrants from Syria constitute less than a third of the 350,000 to 400,000 migrants that have come to Europe so far this year. The remainder, says MP Östman, constitute a mixture of people from Africa, the Middle East, and South Asia.”
Furthermore, Professor de Noli admitted, during the “migrant crisis” of 2015, Sweden “admitted around 160,000 migrants, in the belief that all those migrants were ‘victims of the atrocities of the Assad regime.’ Of these migrants, 80 percent were admitted in Sweden without presenting identification papers. Who are these 128,000 migrants? From where do they come from? In which organizations were they active?”
Furthermore, he went on, in “2015, over 40,000 migrants that had entered Sweden had gone ‘underground.’ The Swedish police have been unable to locate them…”
Thus the Swedish liberal establishment is caught in a trap of its own making: it has willingly participated in generating chaos in the Middle East, and then, in terms of its “refugee” policy, actively took in hundreds of thousands of Third World invaders.
Now, Sweden has discovered that their new Third World origin citizens are not just “more Swedes with darker skins,” and in fact many carry with them the endemic hatred of the white West—and, ironically, a hatred of the white West’s liberal values in particular.