The U.K. Government’s “foreign aid” program has handed out over £1 billion (US $1.23 billion) in cash, paid directly into personal bank accounts, of at least 9.1 million people in 14 countries, including Pakistan, the Yemen, Rwanda, Uganda, and Zimbabwe since 2010, an investigation by the Daily Mail has revealed. 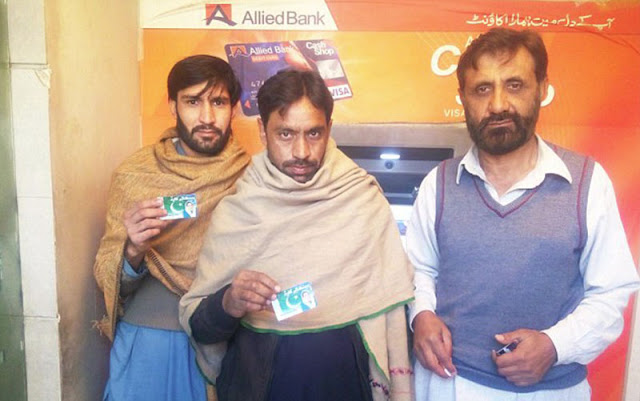 Pakistanis in Pakistan show off their bank cards with which they withdraw their “free” money from local ATMs every month.
The cash handouts work through state-administered welfare systems in the 14 Third World states, where recipients are given debit cards and can draw cash at will from auto banks in their countries—with no control at all over what it is spent on.
The Daily Mail report went on to reveal that Pakistan—which has three nuclear power plants, its own nuclear weapons, a $6 billion space program which has three satellites in orbit, and which has a Gross Domestic Product of US$271 billion (the 41st largest in the world and second largest in South Asia), is the main beneficiary of this astonishing U.K. taxpayer-funded cash handout.
Last year Pakistan announced it would buy eight new submarines at a cost of around £4 billion, with the country expected to spend more than £10 billion on new weapons by 2024.
The Daily Mail revealed that currently around 235,000 families are given the cash through the “Benazir Income Support Programme” (BISP), a government-run welfare department, which is a beneficiary of the U.K.’s Department for International Development (DFID).
According to the DFID’s own website, the cash handouts are expected to increase to 442,000 families by 2020.
The money is supposed to be spent on necessities, but, as the Daily Mail pointed out, “despite warnings of fraud, officials have quietly quadrupled expenditure on cash and debit cards that recipients can spend at will.” 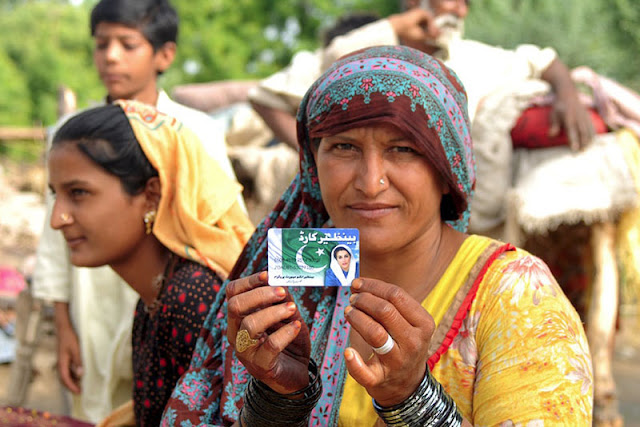 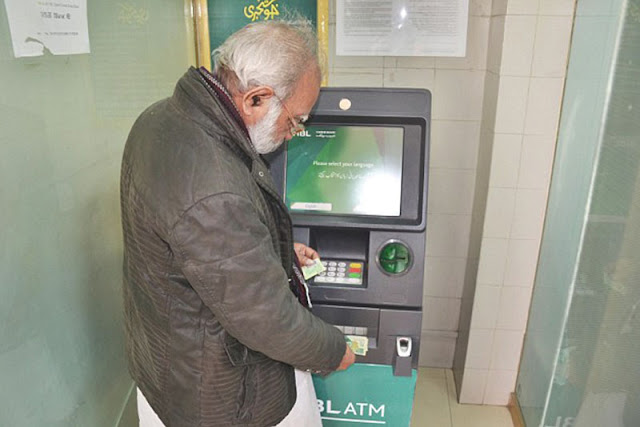 The cash handout budget has soared from £53 million in 2005 to an annual average of £219 million in the period 2011 to 2015, in a program which Nigel Evans, a Conservative Party MP, described as nothing less than “exporting the dole.”
While 90 percent of the recipients get their cash handouts through bank cards, fully 10 percent are given the money in cash in envelopes at their local post offices, the Daily Mail went on to report.
In addition, the newspaper found evidence of wide scale corruption in the program’s implementation, with many of the recipients only being given their bank card after they had paid “kickbacks to officials.”
Furthermore, Pakistani newspapers reported last year that a nationwide probe had been launched after a “growing number of complaints about fake accounts and alleged corruption from project staff. Seven employees have been suspended on corruption charges and 125,714 suspicious accounts have been suspended.”

Yemenis clutching their bank cards and cash with which they withdraw their “free” money from local banks each month.
Other countries where similar schemes are either in place, or set to start operating, include Burma, Ethiopia, Rwanda, Uganda, and Zimbabwe.
The U.K. provided a total of £12.2 million of Overseas Development Aid (ODA) in 2015, according to its latest overview of operations.
According to official figures, for the fiscal year ending in March 2017, the U.K.’s current budget deficit is around £19.1 billion.
The complete list of countries in which the DFID operates is as follows: Afghanistan, Bangladesh, Burma, the Democratic Republic of the Congo, Ethiopia, Ghana, India, Kenya, Kyrgyzstan, Liberia, Malawi, Mozambique, Nepal, Nigeria, the Occupied Palestinian Territories, Pakistan, Rwanda, Sierra Leone, Somalia, South Africa, Sudan, South Sudan, Tajikistan, Tanzania, Uganda, Yemen, Zambia, and Zimbabwe.