You are here: Home Europe
The Ukrainian government has been forced to nationalize that nation’s largest bank, PrivatBank, to protect deposits held by the public after insider loans to its owners threatened to crash the company.
PrivatBank—owned by Jewish oligarchs Ihor Kolomoisky and Gennadiy Bogolyubov—has been plagued by unpaid insider loans that left a hole of at least Hr 89 billion ($3.39 billion) in its accounts. 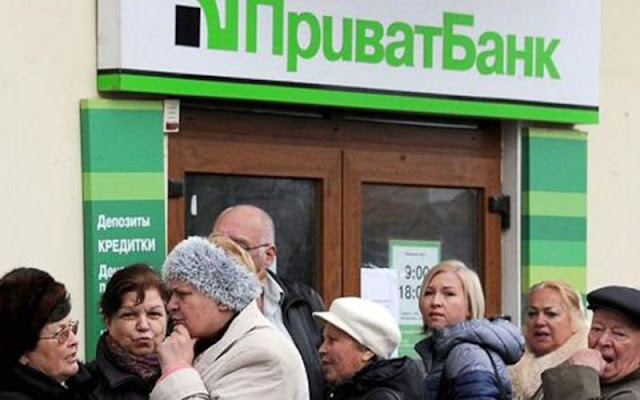 According to an article in the Kyiv Post, the Ukrainian government has acquired 100 percent of the shares of PrivatBank after the Cabinet of Ministers approved a request from the National Bank of Ukraine (NBU) to place the country’s largest deposit holder under temporary administration.
“Insider lending” occurs when a bank makes a loan to one or more of its own officers or directors. Many countries, including the U.S., require that the provisions of these loans match those of comparable bank customers.
PrivatBank is Ukraine’s largest bank with 20 percent of the sector’s $53 billion in assets.
The trigger for state action is PrivatBank’s credit portfolio, “infected with 80 percent insider loans,” the Kyiv Post reported, adding that “questions have been raised about Kolomoisky’s willingness and ability to repay the loans or to bring the bank’s capitalization levels up to NBU standards.”
This insider loan portfolio—and the failure to repay those loans—has plunged the bank into a crisis, which could in turn cause a collapse and wipe out the deposits of ordinary members of the public.
NBU Governor Valeriya Gontareva said that PrivatBank’s clients would be protected, and that their deposits were now “guaranteed by the state”—in other words, the Ukrainian taxpayers would make up any money which had been “lost” by the bank.
The bank’s owners, oligarchs Ihor Kolomoisky and Gennadiy Bogolyubov, declined to respond to media requests for comment. 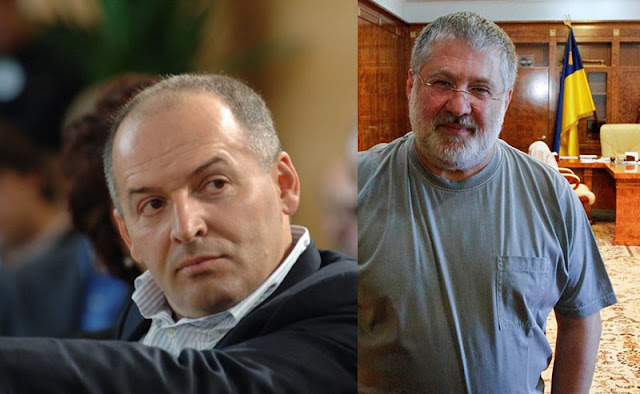 Bogolyubov and Kolomoisky.
Kolomoyskyi is a “Ukrainian-Cypriot-Israeli” and former Governor of Dnipropetrovsk Oblast in the Ukraine. He is also president of the United Jewish Community of Ukraine, and in 2010, served briefly as president of the European Council of Jewish Communities. He later founded the European Jewish Union along with fellow Ukrainian oligarch Vadim Rabinovich.
The other owner of Privatbank, London-based oligarch Bogolyubov has interests in ferroalloys, petrochemicals, and finance, and owns the largest manganese mine in Australia, Consolidated Minerals.
He is also known for his Bogolyubov Foundation, which is described as “a charitable organization rooted in authentic Torah values.”
In March 2015, Bogolyubov and Kolomoisky became involved in a court case which, according to the Independent newspaper, involved some of the “most extraordinary allegations of violence, murder, and corruption ever seen in a London commercial legal dispute.”
The allegations were made, the media reported, as part of a $2bn (£1.34bn) action brought by Viktor Pinchuk, a Kensington and Kiev-based oligarch friend of Tony Blair, against two other Ukrainian billionaires over a company takeover.
Bogolyubov accused Pinchuk of witness tampering in the case, but Pinchuk’s legal team “hit back with explosive allegations in the High Court” that the Ukraine’s chief prosecutor had previously helped cover up attempted murders ordered by Kolomoisky—who Pinchuk is also suing in the action, which relates to ownership of an iron ore mining business.
Bogolyubov also attracted media attention in April 2015 when he settled out of court with his rabbi, Yonah Pruss, who had sought over £20 million, over “two major London property deals.”
The Kyiv Post reported that the current management of PrivatBank will step down, and former Finance Minister Oleksandr Shlapak will take over as the new president.
Oleksandr Zavadetsky, a former NBU official who led the institution’s first insider lending monitoring office until October, said that the government first learned about the depth of the problem during a November 2015 diagnostic investigation.
“The insider loans diagnostic on PrivatBank showed results that nobody expected to see,” Zavadetsky told the Kyiv Post. “It caused real anxiety among everyone.”
Ukraine’s reliance on International Monetary Fund loans has brought the issue to the top of the government’s agenda, the Kyiv Post reported.
“The country has upwards of $3.5 billion in liabilities to pay off in 2017, which will be difficult without external support. Government sources say that the IMF has made resolving the PrivatBank problem a key condition of Ukraine receiving its next tranche.”
As the newspaper pointed out, the “question for Ukrainian taxpayers is whether Kolomoisky will actually pay up—or whether the government’s takeover of PrivatBank will mean bailing out one of the country’s most powerful oligarchs.”