Jewish pressure groups are outraged that the US Holocaust Museum in Washington DC has been slated to get “only” $54 million in taxpayers’ money in 2018—instead of the $57 million it currently gets. 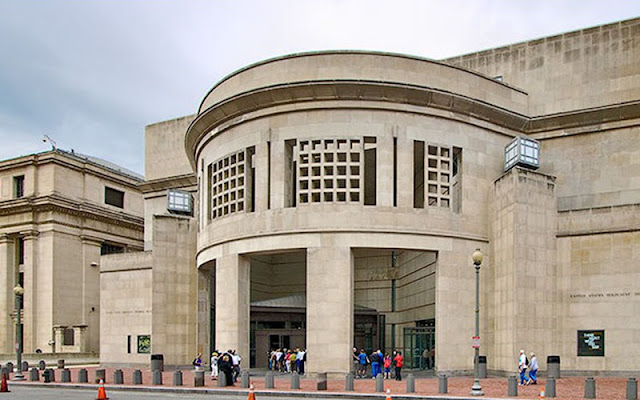 The proposed budget cut is contained in President Donald Trump’s Fiscal Year 2018 budget proposal called “A New Foundation for American Greatness.”
The White House budget blueprint says that the specific cut “will assist in meeting the President’s budget objectives, while still providing adequate funds to cover pay increases and rising costs for current services for the Museum’s facilities and collections. The decrease is achieved by reductions in staff and selected non-pay areas.”
No less than 64 members of Congress sent a letter to the president last week demanding the budget proposal be amended to maintain the museum’s current funding levels, while the Anti-Defamation League chief Jonathan Greenblatt issued a statement calling the cuts “a mistake.”
“In our view, the mission of the museum has never been more important, particularly as the number of anti-Semitic attacks around the world rises,” the Congressional letter said.
In reality, almost all of the “increased anti-Semitic attacks” around the world to which they refer have been shown to have originated in Israel. Most of the bomb threats have been found to be the work of an 18-year-old Jew in Ashkelon, south Israel, who was paid more than $250,000 in bitcoins by his “anonymous employers” for his work in making the threats and “inciting anti-Semitism.”
Greenblatt said in his statement that the “uptick in anti-Semitism and other hate crimes necessitated a ‘robust and active’ museum.”
“As the events of the past few months have shown, we need a robust and active US Holocaust Memorial Museum more than ever and it would be a mistake to cut funding to the museum,” Greenblatt said.
“In these divided times, with increasing numbers of hate crimes against Jews and other religious minorities, this museum’s mission is as critical as ever. We call on Congress to fully fund the Holocaust Museum.”