You are here: Home All News
The Donald Trump regime will take in 1,250 Third World invaders pretending to be refugees from the Manus Island offshore detention center in Papua New Guinea (PNG) and Nauru after all, Vice President Mike Pence has admitted. 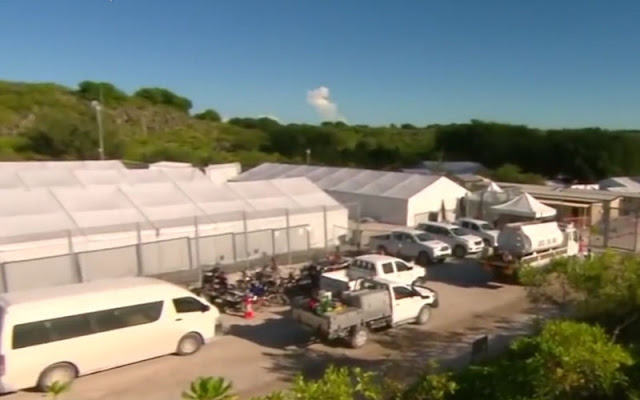 Speaking at a joint news conference in Sydney with Australian Prime Minister Malcolm Turnbull, Pence said that the U.S. would “honor” the so-called “refugee resettlement agreement” forged with Australia in the closing days of the Obama administration.
The U.S. will take the fake refugees—none of whom have the slightest legitimate claim to asylum anywhere—who are currently in detention camps after being arrested trying to invade Australia.
The “deal” is even worse: in exchange for taking the Pakistanis, Indians, and Afghans holed up in PNG and Nauru, the Australian government will “resettle refugees from Central America,” presumably imported there by the U.S. Government.
Pence said the U.S. will honor the agreement to reflect the importance of the long-held alliance between the States and Australia.
“Let me make it clear that the United States intends to honor the agreement, subject to the result of the vetting process that has now applied to all refugees considered for admission to the United States of America,” said Pence, who is in Australia as part of a 10-day Asia-Pacific tour.
Pence said the decision to abide by the deal despite Trump’s “reservations” was a “reflection of the enormous importance of the historical alliance between the United States and Australia.”
Turnbull voiced his thanks, saying, “the commitment to honor the deal is very important and one that speaks volumes.”
In September 2016, Australian Prime Minister Turnbull said that Australia would increase its “Middle Eastern refugee” influx to almost 19,000 places from mid-2018, in addition to the 12,000 places it has committed for “refugees from Syria and Iraq.”

In addition, Turnbull said, his government would also “participate in the US-led program to resettle Central American refugees currently in a resettlement center in Costa Rica.”