At least a dozen Third World invaders pretending to be refugees in the Austrian capital of Vienna have gone on trial for a series of brutal gang rapes of white women, local media have reported. 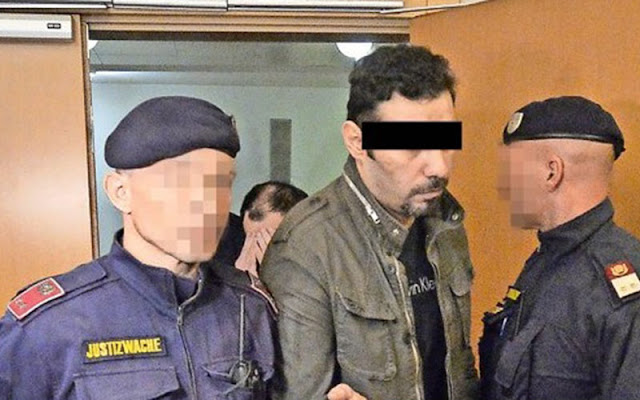 The most shocking of the incidents concerns a gang rape of a 28-year-old Vienna woman by nine Iraqis for a 2015 New Year’s Eve attack.
The German woman, on holiday in the city, and identified only as Jana K—provided a harrowing account of being repeatedly raped and sodomized by the nonwhites over a period of hours.
While she was under the influence of alcohol, a group of “Arabic speaking men” had grabbed her and forced her into a nearby apartment, the trial court was told.
There, another group of five more men were lying in wait. She testified that she was then stripped naked on a double bed and assaulted by the men—one after the other.
“No, I don’t want this,” she begged her attackers. Then, pleading in English: “Listen to me, just a little bit.” Throughout her ordeal, the rapists spoke in Arabic.
The attackers were easily identified because at least two of them took cell phone “selfies” of themselves with the naked victim afterwards.
The Iraqi invaders, aged between 22 and 48, initially denied the allegations, but after they were all linked by DNA to the attack, one has admitted guilt, claiming he was drunk.
The one invader who has pled guilty has admitted that what they did was “wrong” and would be punished in Iraq as well, but claimed he was drunk and did not know what he was doing.
Police suspect that the nine attackers also gave the victim “knockout drops” in order to keep her unable to defend herself.
After she was released from the hospital where she was treated for physical injuries, she needed psychiatric treatment, and now cannot sleep without taking medication.
On January 31, 2017, an Austrian court sentenced three Afghan invaders pretending to be asylum seekers to prison for the April 2016 gang rape of a 21-year-old white woman at a train station restroom in Vienna.
The Vienna court sentenced two Afghan 18 year olds to six years in prison and one 16-year-old to five years, a court spokesman said, adding that the maximum sentence was halved to 7 and a half years “because the accused were under 18 when the attack took place.”
In November 2016, data from the Austrian interior ministry showed that there had been a steep rise in crimes committed by Afghans, Nigerians, and Moroccans.
Nigerians, who make up the highest number of foreign citizens arrested on drug charges in Vienna, were charged with 1,280 offenses between January and August compared to 1,168 the previous year.
The sharpest rise was among Afghans, who were accused of 960 crimes in Vienna in the same period compared to a total of 730 in 2015, and 126 in 2010.
The majority of offenses asylum seekers were accused of in 2016 were property crimes (42,010 cases), followed by those causing bodily harm (23,951).
This translates to 115 property crimes and 65 assaults committed by the fake refugees every day. 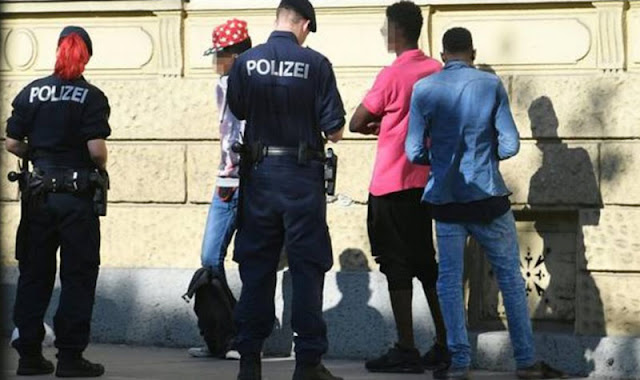