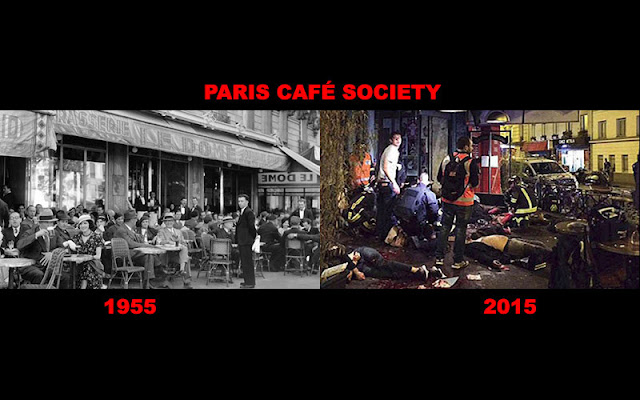 Speaking at the recent Conservative Political Action Committee (CPAC) meeting in Washington D.C., Trump told his audience of a friend who, when asked why he was no longer visiting Paris like he used to, said that “Paris is no longer Paris.”
As usual, the controlled media immediately launched a series of attacks on Trump, quoting the French socialist president François Hollande and the Spanish socialist mayor of Paris, Anne Hidalgo, who both criticized Trump for his comments.
However, a review of recent events in France bears Trump out.
More than 230 people have died in a series of Islamic attacks in France since the beginning of 2015, including 130 in Paris in November of that year and 84 in Nice last July, and the country is under an ongoing state of emergency—imposed by Hollande himself.
The terrorist attacks are but the symptom of a larger and far longer ongoing issue: that of the flood of legal and illegal Third World immigration which has ethnically cleansed large parts of Paris and other major cities of white people. 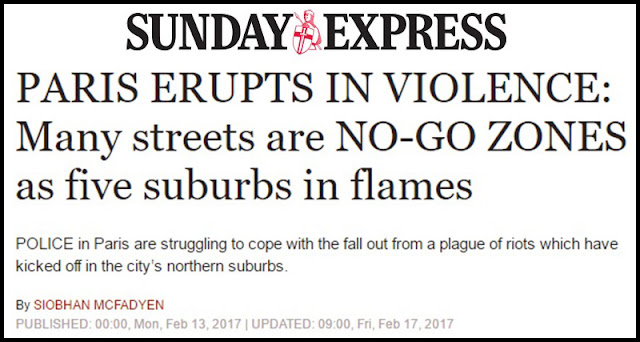 Just last week, media reported that many streets in Paris were declared “no-go zones” after nonwhite riots plunged “five suburbs in flames.”
Reports said that police were “struggling to cope with the fallout from a plague of riots which have kicked off in the city’s northern suburbs,” and that “five large areas have been reduced to no-go areas for the past five nights as masked men cause mayhem on the streets.”
An August 2015 report in the New Yorker revealed the demographic changes which were underway in Paris even before the most recent “asylum” invasion.
According to the New Yorker, an October 2001 soccer match in Paris between France and Algeria—the first such match since Algerian independence, in 1962—had to be called off when thousands of North Africans—all born in France—booed during the singing of the French national anthem and invaded the field chanting, “Bin Laden, bin Laden!”
The New Yorker also discussed the racial composition of the huge socialist building block accommodations, each at least twenty-stories high, known as the cités, located in the banlieues—only a twenty minute R.E.R. metro train ride from the Eiffel Tower.
“The banlieues are far more diverse than the ghettos of American cities,” the New Yorker journalist wrote. “A precise count isn’t necessary for the cités: they are overwhelmingly Arab and black.”
The New Yorker added that more than 1,500 “French citizens” had left to join the Islamic State, a quarter of the entire volunteer force coming from Europe, and that at least 200 had “returned to France.”
The spillover of violence from the banlieues into the city center is well-documented. One of the more recent incidents involved an attack on Korean tourists which caused an official warning to be issued about the attacks.
Earlier, it was reported that attacks on Chinese tourists in Paris were so bad that tourists from that country to France had dropped by over half a million in one year.
Other media reports revealed that huge mobs of “immigrants” engage in random assaults and violence “within sight of [the] Notre Dame” cathedral, and that eyewitnesses said that “Paris is ‘like a warzone.’” 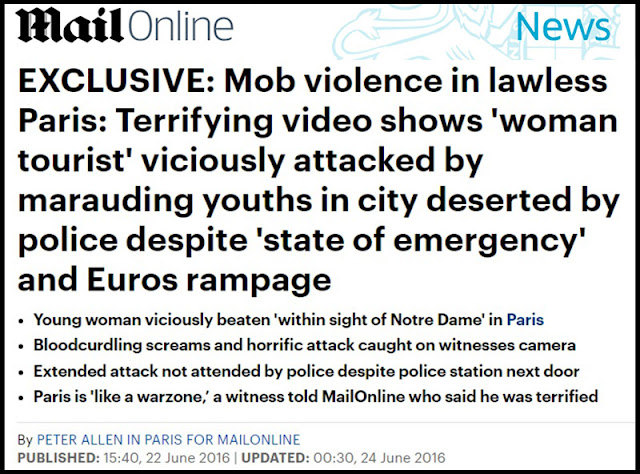 It is illegal under French law to collect data showing the racial origin of its citizens, so there are no official figures which reveal the true number of third Worlders present in Paris—or France.
However, there are a number of other indicators which can be used to give some indication of the size of the Third World population.
For example, the prevalence of the sub-Saharan African-origin Sickle Cell Disease (SCD) is a reliable indicator of the African population—because since 2000, testing for SCD has been performed at national level for all newborns defined as being “at risk” for SCD based on ethnic origin.
A 2008 study titled “Neonatal screening for sickle cell disease in France,” published by the Journal of Clinical Pathology (Volume 62, Issue 1), revealed that in in the previous year, 28.45 percent of all newborns in mainland France were screened for SCD.
A 2012 French government health department study on the same topic (Le dépistage néonatal de la drépanocytose en France) revealed that the Paris metropolitan district accounts for the largest number of newborns screened for SCD—60 percent in 2010.
There can thus be little doubt that Trump’s assertion that “Paris is no longer Paris”—in other words, that it is no longer a European city—is completely accurate, despite what the controlled media might otherwise allege.