President Donald Trump’s ordered crackdown on illegal invaders inside the US by federal agents is scaring many of them back to Mexico, according to a report in the Pueblo Chieftain newspaper in Peublo, Colorado. 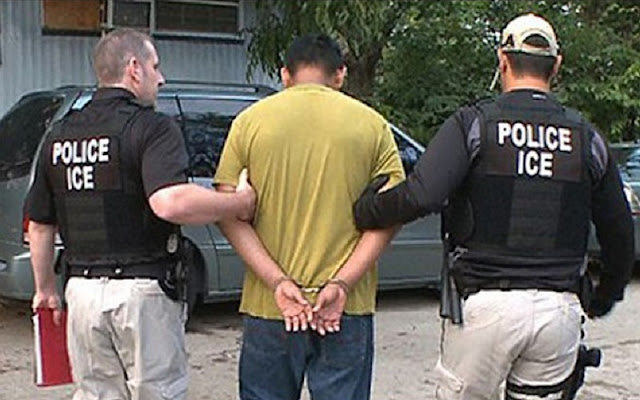 According to that newspaper, federal Immigration and Custom Enforcement agents were told in a February memorandum to detain any illegal alien they encountered—not just those with a criminal history or those in jails, the previous policy.
That ramped-up enforcement has reportedly led to 14 people in the Pueblo area being arrested by ICE agents this year, the report continued.
One of those people—49-year-old Benito Rubio—died in a Denver hospital from undetermined causes while in federal custody after being arrested Feb. 28 in Pueblo.
Sources report that some illegal alien families have left the area for Mexico rather than run the risk of having a parent arrested or even sentenced to prison for immigration violations.
Rubio, for example, was facing felony charges from repeat immigration violations and was likely to be sentenced to prison before being deported, according to his family.
The danger of arrest is also being felt in the number of longtime local people who seek work picking fruits and vegetables in Southern Colorado.
Michael Hirakata, whose family has grown cantaloupe, watermelon and pumpkins in the Rocky Ford area since 1927, told the newspaper that he had applied for 60 federal H2A worker visas this year. The documents allow workers to stay here from July to October and work on Hirakata’s farm.
“Fewer and fewer local people have been taking part in the (farm) labor pool anymore,” Hirakata said.