You are here: Home All News
U.S. President Donald Trump has done yet another 180-degree policy U-Turn and has announced that underage illegal invaders will be allowed to stay in America after all—an endorsement of the Barack Obama’s “dreamer” policy he opposed during his election campaign. 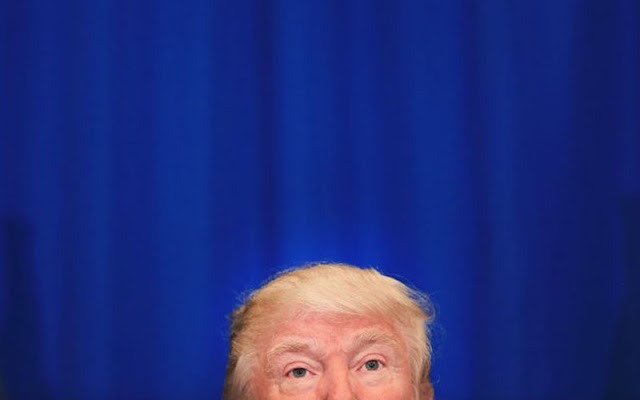 Speaking in a new interview with the Associated Press, Trump said the young invaders shielded from deportation—often referred to as “dreamers”—should “rest easy” about his immigration policies.
Trump said he was “not [going] after the ‘dreamers,’ we are after the criminals,” significantly using the Democrats’ ‘dreamer’ euphemism for young illegal invaders.
Obama officially changed enforcement priorities to protect many young invaders brought into the country illegally to prevent them from deportation in a highly controversial program which eventually resulted in a proposed “Dreamer” bill, properly called the Deferred Action for Childhood Arrivals (DACA).
On Trump’s official election website—which is still open to public view—he specifically undertook to repeal DACA.
In an address made on August 31, 2016, in Phoenix Arizona, Trump said that he would “immediately terminate” the DACA program.
Point five of his election promise reads as follows:

Number Five: Cancel Unconstitutional Executive Orders & Enforce All Immigration Laws
We will immediately terminate President Obama’s two illegal executive amnesties, in which he defied federal law and the constitution to give amnesty to approximately 5 million illegal immigrants.
Hillary Clinton has pledged to keep both of these illegal amnesty programs — including the 2014 amnesty which has been blocked by the Supreme Court. Clinton has also pledged to add a third executive amnesty.
Clinton’s plan would trigger a Constitutional Crisis unlike almost anything we have ever seen before. In effect, she would be abolishing the lawmaking powers of Congress in order to write her own laws from the Oval Office.
In a Trump Administration, all immigration laws will be enforced. As with any law enforcement activity, we will set priorities. But, unlike this Administration, no one will be immune or exempt from enforcement — and ICE and Border Patrol officers will be allowed to do their jobs. Anyone who has entered the United States illegally is subject to deportation — that is what it means to have laws and to have a country.
Our enforcement priorities will include removing criminals, gang members, security threats, visa overstays, public charges — that is, those relying on public welfare or straining the safety net, along with millions of recent illegal arrivals and overstays who’ve come here under the current Administration.

The DACA amnesty created by Obama ordered immigration enforcement officers to provide young illegal invaders with free work permits instead of deporting them. The program allowed at least 770,000 illegal invaders to find jobs in major U.S. cities, even though tens of millions of Americans outside the cities are unemployed or have given up trying to find work.

* An estimated 36,000 illegal immigrants have received amnesty since Trump took office via DACA. Ending DACA would be as simple as signing an executive order or calling up United States Citizenship and Immigration Services (USCIS) and telling them to stop accepting DACA applications.