You are here: Home All News
The 77 percent of Jews who voted for the Conservative Party, and the overwhelming numbers of nonwhites who voted for the Labour Party, fundamentally shaped the outcome of the June 2017 British General Election, reflecting the rapidly changing racial demographic shifts underway in that country which, unless checked, will see a nonwhite majority within the next 35 years. 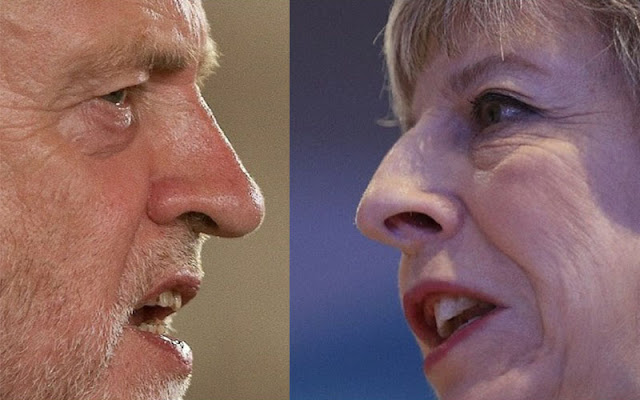 According to the BBC, there are now 52 nonwhite Members of Parliament in Britain. 32 will sit on the Labour benches out of a total of 261 Labour MPs (12 percent); while 19 are Conservatives, out of 315 (6 percent). The Liberal Democrats will have one ethnic minority MP out of a total of 12 MPs (8%).
The number of nonwhite MPs has been rapidly increasing since 1987, when the first African was elected to that house. In the 2015 election, the number of nonwhite MPs had grown to 41.
It is now estimated that the nonwhite population of Britain is between 20 and 25 percent of the total, and growing rapidly. They still make up proportionally less voters, because their age demographic spread is much younger—but this will change quickly within a decade.
In the June 2017 election, an insight into how the large mass of nonwhite voters cast their votes can be seen from the constituencies which elected the different party’s “ethnic” MPs.
Most of the nonwhite Labour MPS represent areas that are nearly completely overrun with Third World immigrants—areas such as Wolverhampton, Birmingham, Slough, regions of Manchester, and London.
Conservative nonwhite MPs were largely elected in seats that are still overwhelmingly white—or at least those without a sufficiently large enough nonwhite population to tip the balance of votes to Labour.
As the far left Independent newspaper pointed out in May this year, in 31 out of the top 50 marginal seats in the country, the number of nonwhite  voters dwarfed  the majority that the sitting MP held, a fact which the paper said “highlight[ed] the crucial and decisive role of ethnic minority voters.”
Meanwhile, the Jerusalem-based Times of Israel proudly announced that the large concentration of Jewish voters in North London managed to halt the Labour Party’s “surge.”
Describing the Jewish areas of Britain’s capital city as the “bagel belt,” the Times of Israel said that the reason why the Jews had voted against their traditional party was because its leader Jeremey Corbyn was “toxic in the Jewish community.”
According to the paper, a “poll last week for the Jewish Chronicle had indicated that 77 per cent planned to vote Tory and only 13 per cent Labour, and nothing in the results appeared to contradict those findings.”
“Young Jews, however, remained largely immune to his appeal: the JC poll indicating that less than one-quarter of those aged 18-34 planning to vote Labour,” the report continued.
“Given the closeness of the result, Jewish voters, who are concentrated in a small number of highly marginal seats, may potentially have helped preserve [Conservative Party leader Theresa] May’s premiership.”
The article went on to quote Stephen Pollard, the editor of the Jewish Chronicle, as saying that what was “truly depressing is that Corbyn voters don’t care that he has such a deplorable record dealing with Labour anti-Semitism, which may be a minor concern to some, but to me is a giant two fingers from millions of voters to British Jews.”
Corbyn’s three great sins against the Jewish lobby are firstly that he expects Jews to treat Palestinians with the human rights that the Jews demand for themselves in all other countries. This “honest leftism” has made Corbyn speak out against the violent suppression of the Palestinian people by the Jews-only state—something which the Jewish lobby automatically classes as “anti-Semitism.”

Secondly, Corbyn has refused to act against fellow far leftist and former London mayor, Ken Livingstone, who stirred up a hornet’s nest by pointing out that Adolf Hitler and the Nazis cooperated with the early Zionist movement in establishing Israel.
This is something which the Jewish lobby hates being given publicity because it calls into question the entire “Holocaust” and reveals the racially-based nature of the Jews-only state.
Finally, Corbyn has spoken out and campaigned against British and American illegal and immoral wars in the Middle East, and specifically in Iraq and Syria.
Although Corbyn has never dared mention the Jewish lobby’s role in inciting these wars, the mere fact that he is an opponent of those murderous interventions against Israel’s enemies has placed him at the top Jewish lobby’s hate list.
* The BBC was also proud of the fact that at least 45 MPs also openly define themselves as lesbian, homosexual, bisexual or transgender. Prominent among these are Scottish Secretary David Mundell, Education Secretary Justine Greening, and shadow defense secretary Nia Griffith. 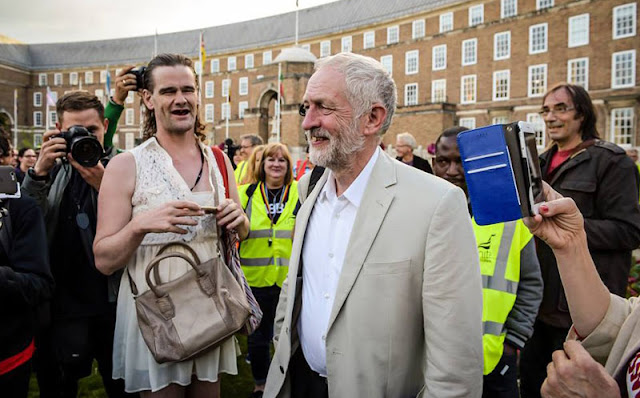