You are here: Home Europe
Southeast Asian—that is, Indian, Bangladeshi, and Pakistani—voter fraud in Britain is so rampant that the U.K. government has been forced to introduce a law making it compulsory for voters in “inner city areas” to show identification before being allowed to vote in future elections.
The U.K. Minister for the Constitution, Chris Skidmore, announced that checks will take place at the 2018 local elections in areas the Electoral Commission has judged to be at the highest risk of “vote-rigging”—all areas with “high concentrations” of Asian residents. 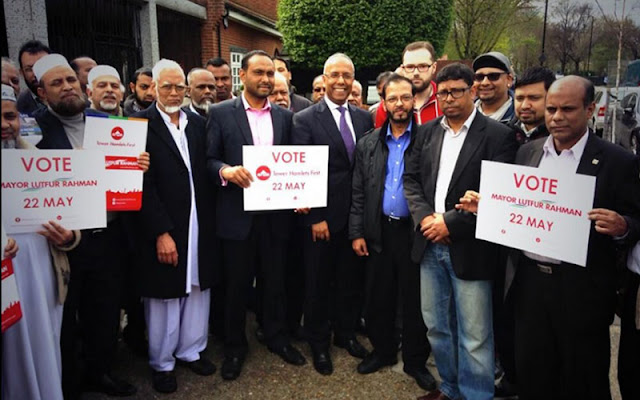 In an official statement released on the U.K. Government’s website, Skidmore said that to “reduce electoral fraud,” the government would also take measures to “prevent the intimidation and undue influence of voters at the hands of activists and supporters, end the dubious practice of postal vote harvesting,” and, significantly, “consider measures for nationality checking that will prevent fraudulent voter registrations.”
This latter measure, Skidmore’s statement continued, means that for the May 2018 elections, voters will be required to “bring ID to prove who they are before they can vote, preventing anyone fraudulently taking another person’s ballot paper.”
Local authorities will be allowed to use different types of identification, including forms of photo ID such as driving licenses and passports, or formal correspondence such as a utilities bill to prove their address backed by a signature check. Voters will be asked to produce ID before they can be given their ballot paper.
The proposed reforms come in the wake of another government report which identified 16 Asian-overrun inner city areas around Britain where voter fraud was rampant, and where dozens of criminal prosecutions had taken place.
In 2014, the U.K.’s Electoral Commission, which oversees elections in that country, said that “fraud is more likely to be committed by or in support of candidates standing for election in areas which are largely or predominantly populated by some south Asian communities, specifically those with roots in parts of Pakistan or Bangladesh.”
Among the areas identified as problematic include Birmingham, Blackburn with Darwen, Bradford, Burnley, Calderdale, Coventry, Derby, Hyndburn, Kirklees, Oldham, Pendle, Peterborough, Slough, Tower Hamlets, Walsall, and Woking.
Last year, former mayor Lutfur Rahman from Tower Hamlets in east London was stripped of his post after being convicted of “voting irregularities.”
Tower Hamlets was specifically mentioned in Skidmore’s full report, where it was said that “Last year’s election court judgment in the London Borough of Tower Hamlets was a wake-up call that more needs to be done to protect the integrity of our democracy.”
Skidmore also said the issue of “the use of languages other than English” in polling stations “could hide coercion or influence.” To combat the “potential for such illegal activity,” he wrote, the government is “mindful of the broader integration agenda and the importance of all citizens being able to speak English to engage in society.”
Skidmore’s report also revealed that the biggest problem facing any system of automated “nationality checking” was the incredible fact that “there is no national register of U.K. nationals.”