You are here: Home All News
The ongoing nonwhite crime plague which is destroying American cities claimed another nine lives in Chicago alone over the past weekend—and wounded another 30—but all the controlled media can talk about is the “white evil” in Charlottesville. 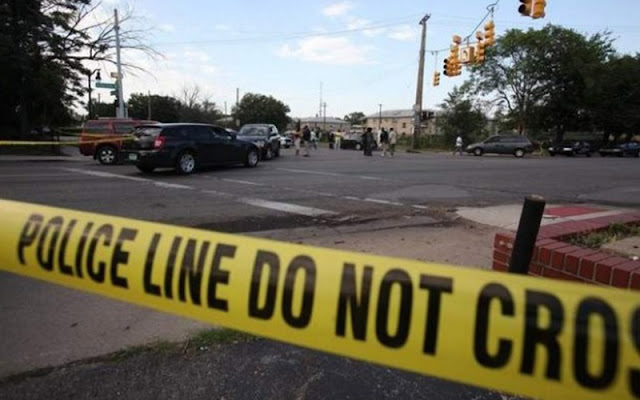 Only one local Chicago news outlet, ABC7, bothered giving the near record murder rate any publicity, but also put it on the backburner when detailing the activities of the supposed “evil whites” in Charlottesville.
The weekend before, the nonwhite crime plague saw three people killed and 27 others were wounded in shootings across Chicago.
The shootings in Chicago are merely a microcosm of what is happening in most other major cities.
According to data drawn from the Major Cities Chiefs Association’s midyear crime survey, which draws data from 62 cities, there have been at least 3,081 homicides in the first six months of the year, an increase of three percent over the same time last year.
The departments recorded nearly 4,000 more aggravated assaults this year than at the same period in 2016, though reports of other violent crime — including rape, robbery and nonfatal shootings — remained about even.
Of the 62 departments that reported data, 32 said the number of homicides has risen and 35 said there were more aggravated assaults.
Chicago’s data showed it was about on the same pace as 2016 and still leads the country, with 328 people killed in the first six months of this year. It added nearly 100 more in July and early August, with the total at 423 as of Aug. 11, according to local news reports.
Homicides in Baltimore were up 24 percent, with 170 killed from January to June. By Aug. 7, the number hit 211 homicides — with two people fatally shot during a community-organized cease-fire weekend.
Other cities reporting significant homicide increases this year include Charlotte-Mecklenburg, North Carolina; Columbus, Ohio; Kansas City; Nashville, Tennessee; New Orleans; Philadelphia; and Tulsa, Oklahoma.
The New Orleans Police Department, which lost 30 percent of its manpower from 2010 to 2016, recorded 96 homicides in the first six months of this year, up 28 from the same time last year. There were also 73 more nonfatal shootings, a total of 226, halfway through the year.
Although there was no mention of race in the statistics, Darrel Stephens, executive director of the Major Cities Chiefs Association, gave the game away in his comments on the figures.
Stephens said that “some city police departments point to gang violence as the driving force behind rising homicides while others have complained about the lack of opportunity for those returning from stints in prison. Unable to find jobs or stable housing, some former offenders return to lives of crime,” he said.
Other departments say easy access to firearms turns petty disagreements or street brawls fatal.
“In most of the cities, the concentration of this violence is in high-poverty neighborhoods. It’s not spread out throughout the whole population,” Stephens said—de facto acknowledging that the crime is mainly nonwhite in origin.
In spite of these statistics—which show that urban America is being destroyed in a nonwhite crime tsunami—the controlled media has instead preferring to whip up near hysterical reports about the white rally in Charlottesville.
The blatant disparity in coverage is yet more proof—as if any was needed—that the controlled media is institutionally anti-white, and will go to any lengths to demonize and attack whites while covering up and hiding the real issues facing America—and the Western World.