At least 43 percent of the 15,755 Third World invaders who lodged “asylum” claims in Spain during 2016 have been granted leave to remain, while the applications of a further 20,370 are still being considered, official figures have shown. 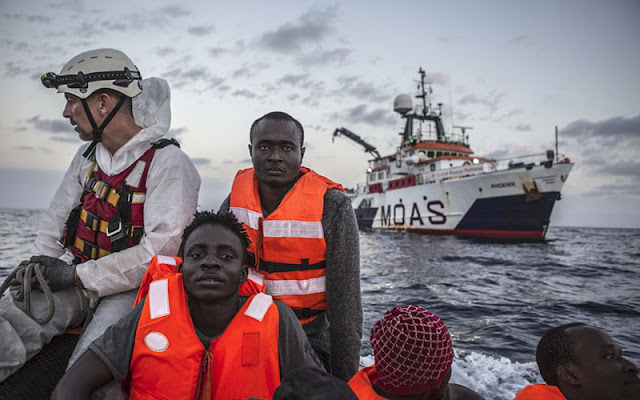 The number of invaders pretending to be asylum seekers broke all records in 2016, and only 3,395, or 21.6 percent, were “declined” refugee status.
The only good news is that only 355 of those accepted have been given “full refugee status,” while the remainder were given “subsidiary protection,” which is a temporary status.
However, with good behavior, most of the “subsidiary protection” recipients can go on to gain permanent residence in Spain—or other equally liberal European states, which still believe that there is a “refugee crisis” instead of a straightforward nonwhite racial invasion of Europe underway.
At least 90 percent of those claiming “asylum” in Spain claim to be from Syria—a figure that is highly doubtful, given the huge number of fake and forged Syrian identity documents currently in circulation.
In addition, nearly 60 percent of the surface area of Syria is under government control, and anybody fleeing the fighting is perfectly at liberty to seek shelter inside Syria—meaning there is no justification at all for any Syrian to “flee” the country.
Interestingly, the statistics from Spain also revealed that at least 10 percent of all “asylum seekers” are from the Ukraine and Venezuela.
In both those cases—although many of the “asylum seekers” will be of European racial extraction—there is also no justification to travel across numerous safe countries (and the Atlantic Ocean!) to seek “refuge” in Spain.